Alex Trebek and sports have been connected since before Jeopardy!

Alex Trebek and sports have been connected since before Jeopardy!

Alex Trebek and sports are intertwined

The legendary Jeopardy! host died Sunday at 80 after a battle with pancreatic cancer, and a predictable outpouring of love followed — including from many corners of the sports world.

Trebek was born in Sudbury, Ont., and worked as a CBC radio host and broadcaster before moving to the U.S. and eventually taking the Jeopardy! job in 1984.

The Canadian icon insisted the show be known as a quiz show as opposed to a game show, but it’s apparent the competitive nature of Jeopardy! resonated with athletes across the continent. Sports figures from Gary Bettman to P.K. Subban to Aaron Rodgers made their affection for Trebek known on Sunday, and a Philadelphia Eagles coach said he plays along with the show to prepare his instincts for calling plays during games.

At the NHL draft in October, Trebek, a University of Ottawa graduate, announced the Senators’ first-round draft pick: “Who is Tim Stuetzle?” The German forward took to Instagram to express his condolences, writing, “He shared this unforgettable moment with me and I am very thankful for that.” Watch the draft pick here, and read more reaction from the NHL here.

Trebek himself was a known sports fan, and wasn’t afraid to show his contempt when contestants missed questions on the subject. In 2014, a contestant answered Magic Johnson to a clue about who had the most 100+ assist seasons in NHL history. Trebek replied with a simple, “Oh, no” before the next contestant got the obvious answer: Wayne Gretzky. Watch that clip here.

More recently, in 2018, the category was football and all three contestants failed to answer each of the five questions. “I can tell you guys are big football fans,” Trebek said before adding he’d have to “have a talk” with them at the commercial break. You can watch that segment here.

One former contestant recalled an instance during taping when Trebek muttered to himself that they needed to wrap quickly because he had tickets to see Pau Gasol and the Lakers. Trebek was also a noted Dodgers fan, and got to see them end their 32-year World Series drought on Oct. 27 — two days before his final Jeopardy! taping.

The category is sports:

All five answers: Who is Alex Trebek? 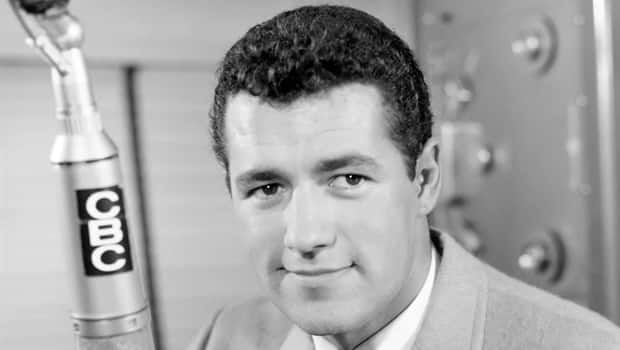 Alex Trebek narrates a recap of the 1967 Stanley Cup playoffs, won by the Toronto Maple Leafs, with Hockey Night in Canada commentators Danny Gallivan and Bill Hewitt providing the play-by-play. 27:22

In case you missed it…

Howie Meeker, another Canadian icon, also passed away this weekend. The beloved Hockey Night in Canada personality and oldest living Toronto Maple Leaf died Sunday at 97 years old. Meeker played eight seasons in the NHL, all as a Maple Leaf. He won rookie of the year in 1947 and was part of four Stanley Cup champions. In 1951, he tallied the assist on Bill Barilko’s Cup-winning goal that’s immortalized by the Tragically Hip song “Fifty-Mission Cap.”

But Meeker is best known for his post-playing career, where he spent 30 years as a broadcaster with TSN and CBC and popularized phrases like “Jiminy Cricket” and “Golly gee willikers” along the way. Meeker was credited for moving broadcast analysis forward — he drew criticism early in his career for pointing out player mistakes during games. Read more about Meeker’s life here.

Some important 2021 bonspiels are likely headed to bubbles. CBC Sports’ Devin Heroux reports the Brier, Scotties and men’s world championships — originally scheduled for Kelowna, B.C., Thunder Bay, Ont., and Ottawa, respectively — are likely to be played without fans at the Canada Olympic Park in Calgary. Curling Canada must still gain approval on the plan from all levels of government. The Public Health Agency of Canada said it is open to reviewing proposals, while a survey of curlers revealed overwhelming support. Read more about curling’s bubble idea here.

The Blue Jays made the first free-agent signing of the MLB off-season. The team brought back starter Robbie Ray, who was acquired from Arizona at the trade deadline, on a one-year, $8 million US contract. The timing was more notable than the signing itself, though. Free agency negotiations began Nov. 1, with deals officially allowed five days later. The Ray contract, signed Saturday, remains the only one. While owners cry poor following the lost revenues of the 2020 season, the status of 2021 is also up in the air due to the changing nature of the virus. The NHL’s free-agent “frenzy” didn’t quite live up to its billing, but most top players found homes relatively quickly. NBA free agency could get crazy in its expected window between the Nov. 18 draft and the likely Dec. 1 start of training camp. Baseball, though, promises to be a long, drawn-out process. Go figure.

Felix Auger-Aliassime won his first ATP doubles title, then made Canadian history. Along with partner Hubert Hurkacz, the unseeded duo went on a surprising run through the Paris Masters, eventually downing the second seed in the championship match. It was just the second tournament Auger-Aliassime and Hurkacz have played together. For the Canadian, the win came at a good time following two straight early exits and a parting with his long-time coach. Auger-Aliassime will play the Sofia Open this week, where he (No. 2) and Denis Shapovalov (No. 1) combine to become the first Canadians to ever make up the top two seeds of an ATP tournament. Read more about Auger-Aliassime’s Paris Masters win here.

You already know that Manon Rheaume was the first woman to play in an NHL game. But there’s even more to the story. Her exhibition appearance with the Tampa Bay Lightning was earned after posting a one-period shutout on 14 shots during a team tournament at practice. Lightning head coach Terry Crisp was against the idea of putting her in a game at the time, but years later admitted she deserved the shot, which stuck with Rheaume. And when Rheaume appeared on late night TV with David Letterman, she didn’t even know who Letterman was. Watch Rheaume reminisce on her NHL shot with CBC Sports’ Rob Pizzo here.

Coming up on CBC Sports

International Swimming League: Tune in to CBCSports.ca at 4 a.m. ET and 10 a.m. ET on Tuesday as teams duke it out for a playoff spot in the final matches of the regular season. Watch all the action here.