The president is also clinging to hope that a manual recount ordered by the state of Georgia can erase Biden’s 14,000-vote lead there and is also challenging results in the swing state of Michigan.

While staying out of the public eye, Trump has persisted in venting his anger on Twitter, where he has made numerous claims of election fraud to try to explain his loss, unsupported by evidence and demonstrably untrue.

Election officials in Wisconsin, as well as in Georgia, said recounts in those states were very unlikely to reverse Trump’s losses.

Biden has warned that the continued delay in recognizing him as winner could mean the United States will be “behind by weeks and months” in the preparations to distribute a coronavirus vaccine.

Trump’s unfounded claims about the election having been rigged are failing in courts, but opinion polls show they have a political benefit, with as many as half of Republicans believing them, according to a Reuters/Ipsos poll.

His campaign on Wednesday transferred $3 million US to Wisconsin to cover the costs of recounting votes in Milwaukee and Dane counties, two heavily Democratic areas, less than the $7.9 million it would have cost for a full statewide recount.

Dane County Clerk Scott McDonell said a recount would start on Friday and finish within days. Only a few hundred votes changed in the county’s recount after the 2016 presidential election, he said.

“My guess would be that by focusing on Dane and Milwaukee the end result will be that Biden will have a slight increase in votes, but nothing terribly significant — certainly nothing anywhere near what would be required for changing the outcomes,” McDonell said.

Trump’s refusal to concede the Nov. 3 election is blocking the smooth transition to a new administration and complicating Biden’s response to the coronavirus pandemic when he takes office on Jan. 20.

In the state-by-state electoral college that determines the overall election winner, Biden captured 306 votes to the Republican Trump’s 232. He won the popular vote by more than 5.8 million.

To remain in office, Trump would need to overturn results in at least three states to reach the threshold of 270 electoral votes. That would be unprecedented.

Gabriel Sterling, Georgia’s voting system implementation manager, said in a video conference with journalists that as of Wednesday morning, election officials conducting the recount had reviewed 4,968,000 ballots — nearly all of those cast in the state — and found Biden’s lead over Trump in the state had fallen to 12,781 ballots.

Before the recount, Biden led by 14,156 votes, Sterling said.

Sterling said investigators would look into any claims of fraud and that in every election a small number of ballots are cast illegally. But he said there was no evidence that fraud could have changed the outcome in Georgia.

Trump on Wednesday falsely claimed that the number of votes counted in heavily Democratic Detroit, the largest city in Michigan, had surpassed the number of residents.

“In Detroit, there are FAR MORE VOTES THAN PEOPLE. Nothing can be done to cure that giant scam. I win Michigan!” he tweeted.

City records show that 250,138 votes were cast in Detroit in the presidential election. That is a little more than a third of the city’s population, which according to the U.S. Census Bureau is 670,031.

In a rare win for Trump in his legal assault on the election results, the Pennsylvania Supreme Court said on Wednesday it would take up an appeal challenging thousands of mail-in votes cast in Philadelphia that were missing information on the return envelopes.

Trump’s refusal to concede the Nov. 3 election is blocking the smooth transition to a new administration and complicating Biden’s response to the coronavirus pandemic when he takes office on Jan. 20.

Biden on Wednesday held a virtual meeting with frontline health-care workers in Delaware who complained about a lack of personal protective equipment and COVID-19 tests for themselves.

He warned that the delay in declaring him the election winner could mean that “soon we’re going to be behind by weeks or months being able to put together the whole initiative” to distribute coronavirus vaccines when they become available.

The General Services Administration agency, run by a Trump appointee, has yet to formally declare an election winner. Biden’s team says this is hindering co-ordination with the current White House coronavirus task force.

States face a Dec. 8 deadline to certify election results in time for the official electoral college vote on Dec. 14.

Congress is scheduled to count the electoral college votes on Jan. 6, which is normally a formality. But Trump supporters in the Senate and House of Representatives could object to the results in a final, long-shot attempt to deprive Biden of 270 electoral votes and turn the final decision over to the House.

A Reuters/Ipsos poll released on Wednesday showed about half of Republicans believe Trump “rightfully won” but that the election was stolen from him.

Election officials from both parties around the United States, have said there was no evidence of vote tampering, and a federal review drew the same conclusion.

Trump on Tuesday fired the top U.S. cybersecurity official, who had irked him by refusing to support allegations of election fraud.

Chris Krebs was removed as head of the Department of Homeland Security’s Cybersecurity and Infrastructure Security Agency.

His work in protecting the election from hackers and battling disinformation about the vote won praise from lawmakers of both parties, as well as election officials around the country.

WATCH | The CBC’s Lyndsay Duncombe on Trump’s firing of Krebs and reaction to it: 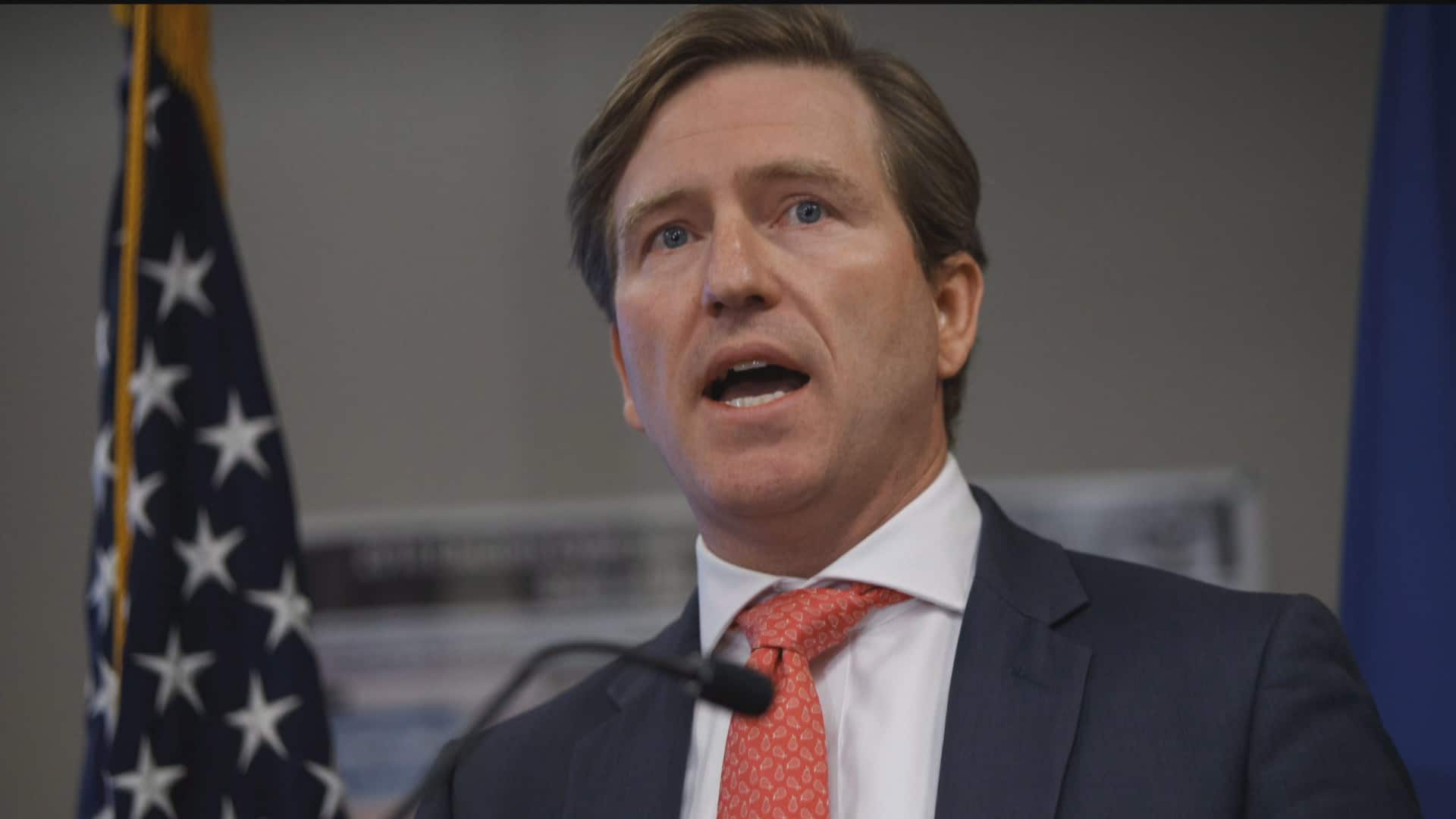 As he battles to save his presidency, Trump will stay in Washington over next week’s Thanksgiving holiday, rather than travel to his Mar-a-Lago resort in Florida, a spokesperson for Melania Trump said.