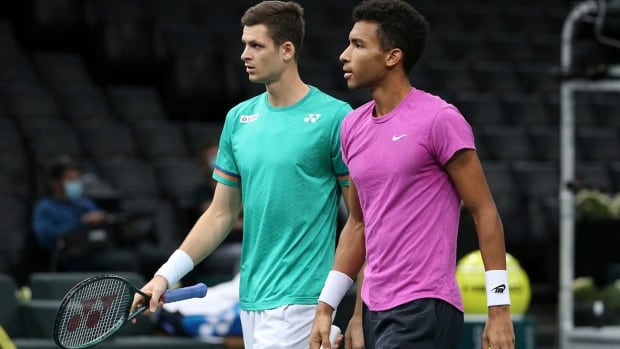 Playing in their second tournament together, Auger-Aliassime and Hurkacz saved five match points after gained a berth in the final with a 6-2, 1-6, 10-5 semifinal victory over Poland’s Lukasz Kubot and Brazil’s Marcelo Melo.

In singles, Auger-Aliassime was eliminated in the first round in Paris by Croatian veteran Marin Cilic last Monday after struggling with his serve for much of the match.

On Thursday, the 20-year-old Auger-Aliassime announced in a Twitter post he was parting ways with longtime coach Guillaume Marx, stating they were ending the partnership “in the utmost integrity and respect for one another.”