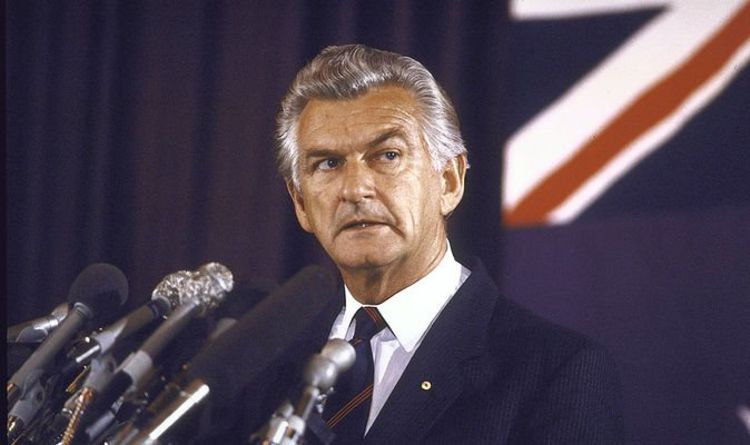 In a series of Tweets, ABC show 4Corners sought to clarify a scene in season four involving Bob Hawke. It comes as culture secretary Oliver Dowden leads calls for Netflix to warn viewers The Crown is fictional.

The Tweets included the interview which aired in 1983 and was recreated in episode six of the Netflix series.

Hawke, played by Richard Roxburgh, is interviewed about welcoming Prince Charles and Princess Diana to Australia.

In the scene, Hawke says: “An unelected non-Australian who lives on the other side of the world and, for all their good intentions, is a different breed.

“You wouldn’t put a pig in charge of a herd of prime beef cattle, even if it did look good in a twinset and pearls.”

The show tweeted: “Hey @netflix Huge fan. While we’re loving the fact that you’ve featured us in The Crown, we’re in the business of facts and there are a few things we want to clear up…’

“Firstly, the 1983 Bob Hawke interview you recreated in season 4 was in fact from Feb 12, not Feb 26. We went back and found a TV guide just to check our archivists are as sharp as we thought, and they’re spot on.

“Secondly, the Hawke interview was in Melbourne, not in our Canberra studios as you say in the show (although we’re impressed with your knowledge of our nation’s capital).

“Without this, I fear a generation of viewers who did not live through these events may mistake fiction for fact.”

Emma Corrin, who plays Princess Diana in The Crown, admitted that the series is “fictionalized to a great extent”.

Speaking to the Tamron Hall Show, she said: “I think for everyone in The Crown we always try to remind everyone that what we are, the series that we’re in, is fictionalized to a great extent.

“Obviously it has its roots in reality and in some fact but Peter Morgan’s scripts are works of fiction.

“I understand why people would be upset, because this is history.

“And even with Diana, it’s still very much fresh, I suppose, everything that happened. So I do really understand if people would be upset.”