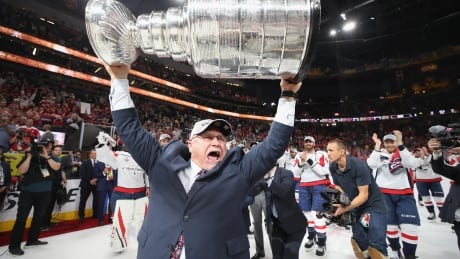 Barry Trotz has resigned as coach of the Washington Capitals after leading them to the Stanley Cup. The team announced the resignation Monday. The 55-year-old Trotz went into the season without any certainty about his future when ownership and general manager Brian MacLellan last summer opted not to give him a contract extension.