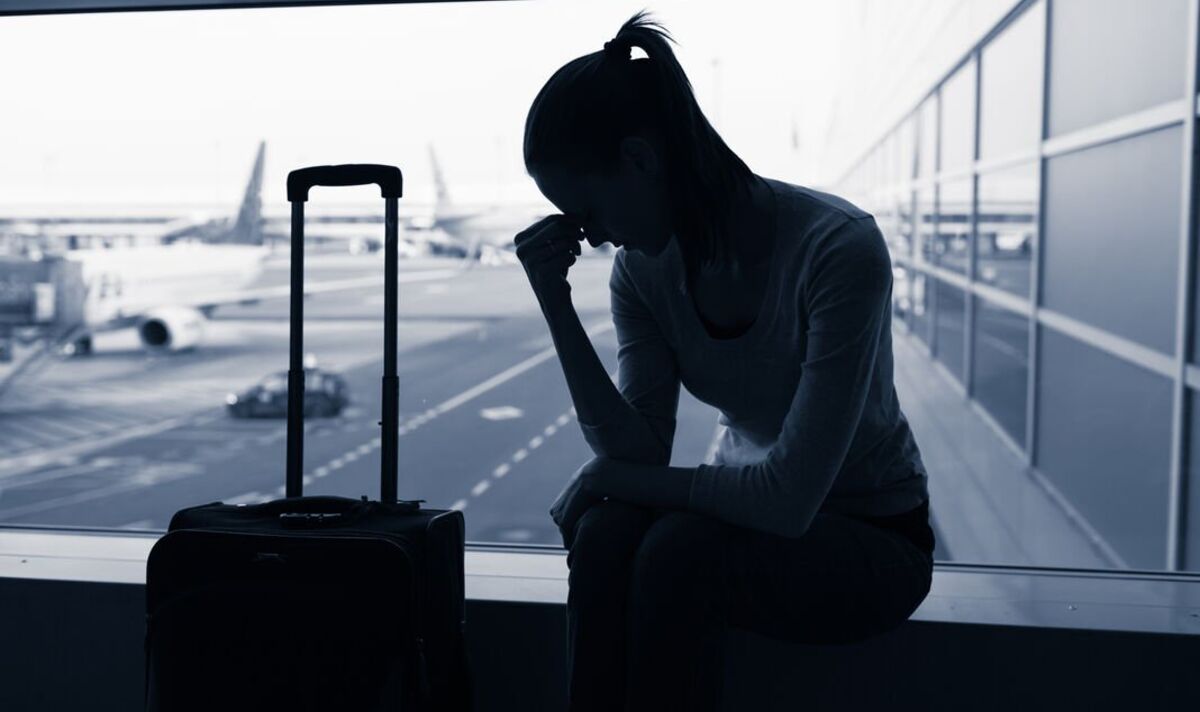 Nama Winston and her five-year-old son booked the flight home from Australia’s Gold Coast as a matter of urgency after receiving news of her dad’s death. Despite having paid for those specific seats, Nama was given no choice but to move to a busier part of the plane in order to accommodate the new passengers. She was left furious by the incident and branded the pair the “most selfish people” that she had ever encountered.

On the morning of the flight, Nama and her son had a “full day of celebrations” planned to celebrate her 36th birthday.

However, the day quickly took a turn when Nama woke to hear the news from her sister that her dad had died in a “violent” car crash overnight in Adelaide, Australia.

The mother and son duo went to the airport immediately which led them to their fate on the plane where the disagreement occurred.

She explained to Qantas staff that they had to get on the next flight to Adelaide and managed to book seats on the row reserved for emergency travel.

READ MORE: Travel chaos on Ryanair flight as woman refuses to give up seat

Nama noted that initially, she was very pleased with the seats as the staff at Qantas had made sure both she and her son had some space from other passengers.

The third seat next to the grieving mother and son was left empty, something Nama “desperately needed” to get through the three-hour journey.

She explained that after settling into their seats, sobbing while she consoled her son, two adults with a baby stumbled onboard in a mad rush.

Nama said: “Normally, I wouldn’t have given them a second glance, but a fuss was happening… as they spotted us and realised there was a chance for them to have a row to themselves.”

Instead of taking the two seats that they had paid for, the young family of three asked a cabin crew member to tell Miss Winston and her son to move, so they could spread out with their baby.

The bereaved mother-of-one explained that the “only reason” she agreed to move for the “arrogant” pair was because she didn’t want to talk, and just wanted to get home to her family.

Nama said: “There was no thank you from them, but I barely noticed because the first thing I saw when I went to sit down was there was no window in the row. It was just a wall. No window.”

She explained that before even getting on the flight, it was already the worst trip she and her son had been on and that she was “furious” that the “selfish” parents had made it even worse for them.

DON’T MISS:
London faces more travel misery as bus drivers to walk out for 10 days [INSIGHT]
Bus driver shows emergency buttons used to help commuters in a crisis [REVEAL]
England’s best campsite is in a forest near the sea [LATEST]

In a swift turn of events, Nama decided to make her own fuss before take-off.

She told Kidspot how she ripped off her seatbelt and “tore up the aisle” in hysterics before being told to sit down by a cabin crew member.

Once she was seated, the flight attendant went over to Nama and her son and asked how he could help her.

She explained: “He listened as I told him about the day through tears. For the rest of the flight, he kept me in red wine, and my son in snacks and food, and he even organised for our bags to be found and removed from the flight first.”

Despite the rocky start to the flight, the mother of one was overcome by the “incredible kindness” shown by the crew member.

She noted that the couple who had asked her to leave her original seat was quiet for the rest of the flight and that she was eventually thankful for their “rude” actions.

Nama noted how the unfortunate incident had led her to the “kind-hearted” attendant – who she still hasn’t been able to find.