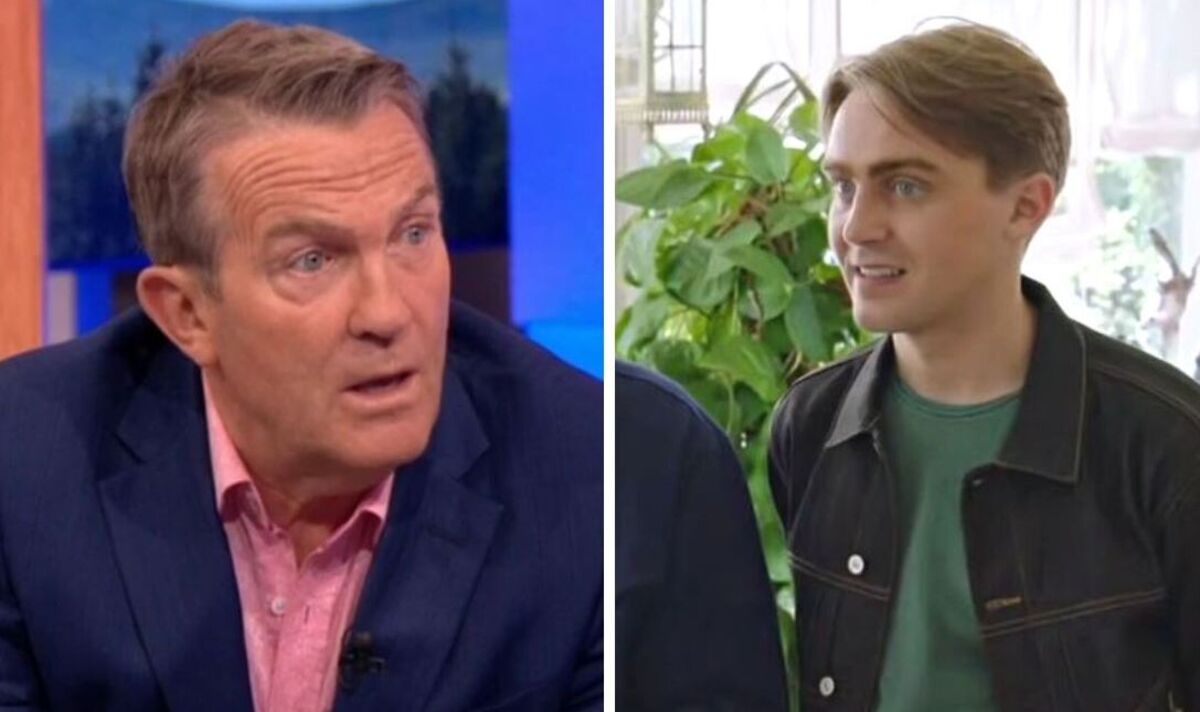 On Tuesday’s The One Show, Bradley Walsh talked about the new series of his show, Bradley & Barney Walsh: Breaking Dad. As the 62-year-old prepared to give his account of the eventful series, he was asked by the show’s presenters why Barney hadn’t joined him on The One Show sofa, and he ended up apologising as he explained his son’s absence.

Previous series of the father and son team’s show has seen the duo travel across the United States and Europe, and this time the intrepid pair are exploring Latin America.

Hosts Lauren Laverne and Jermaine Jenas were keen to find out more about how Bradley managed to overcome some of his fears, but they had a pressing question for him to answer first.

As Bradley began to detail one particularly frightening challenge his son had signed him up for, he was quizzed on his son’s whereabouts.

“You’ve been on the road – your series is back, Breaking Dad,” Lauren commented.

“It’s you and your son, Barney, he sets up the challenges. But we hear he pushed you a step too far this year!”

As Bradley began to answer, Lauren quickly added: “By the way, where is he tonight?”

“He sends his apologies. But he’s actually filming, because Barney, really, his love is in drama.”

“Trying to get him on the road to come out with me is like a task, now,” Bradley quipped.

In the series premiere of Breaking Dad, fans of the ITV show were terrified as they watched Bradley take on the frightening Via Ferrata.

The father and son duo clung to the side of the La Tanda Mountain in the Parc National El Chico in Mexico as they scaled the huge landmark.

Determined to push his father to the extremes, Barney encouraged his dad to join him on the terrifying climb, which saw the pair using very little in terms of safety gear.

As if the ascent wasn’t bad enough, the last leg of the task required the two to swing across the mountain with no safety net.

To make matters worse, storm weather began to kick in as the two scaled the mountain.

Bradley was visibly nervous as they continued the gruelling journey.

However, he was proud of himself when he managed to complete the challenge.

The One Show airs weekdays from 7pm on BBC One.