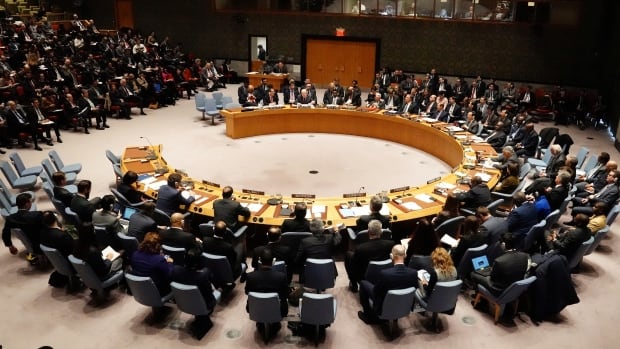 Foreign Affairs Minister François-Philippe Champagne is bound for New York City to join the final push for Canada’s campaign for a seat on the United Nations Security Council.

Champagne will join Marc-André Blanchard, Canada’s ambassador to the UN, in the final days of the campaign against Norway and Ireland for two available seats.

In an interview, Blanchard pushed back at critics of Canada’s bid for a seat on the council, including the Swedish teenage climate activist Greta Thunberg and a pro-Palestinian coalition that opposes Israel.

Blanchard said Canada is a leader on climate change and most foreign diplomats understand that it’s a tough issue that poses challenges for all countries.

And he said the countries that will vote — including Gulf and Arab states — understand Canada has an even-handed and long-standing approach to the Middle East.

Blanchard said he respects the dissent on both issues because “we live in a democracy” but argued Canada has a strong case to make for the council on climate change, global security, gender issues and rebuilding a more economically fair world after the COVID-19 pandemic.