The world’s fastest men have never intimidated Andre De Grasse. He prefers to measure himself against the very best.

So it’s no surprise Canada’s sprint star is disappointed there likely won’t be a showdown against American Christian Coleman at the Tokyo Olympics, after the reigning world 100-metre champion received a two-year suspension for doping violations.

“I like to compete against the best,” De Grasse said. “It’s an unfortunate situation for Christian, I would never wish that on anybody. I’m not choosing sides, I don’t know the full story behind it, I just know it’s unfortunate, and for a guy of his calibre, I feel for him.”

Coleman’s suspension came after he missed two visits by doping officials and failed to file correct information on another occasion. All three incidents happened within 12 months. 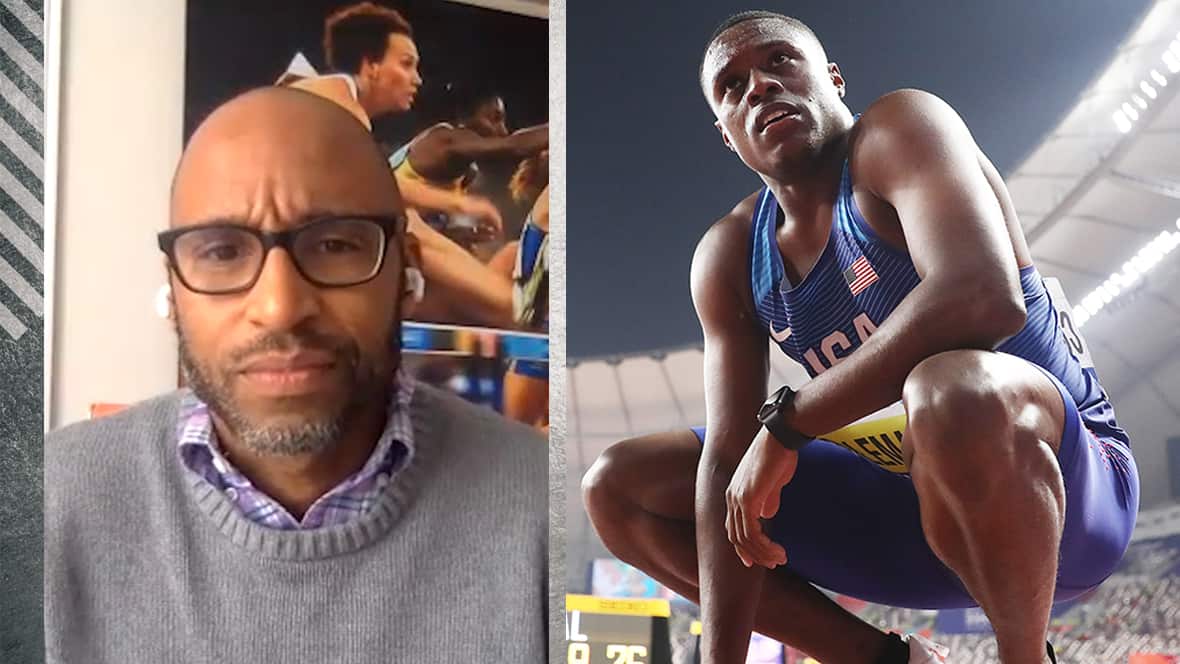 CBC Sports’ Morgan Campbell gave his opinion on U.S. sprinter Christian Coleman’s recent ban after missing three drug tests, which will knock him out of the next summer’s Tokyo Olympics. 5:40

“I don’t suspect him of anything, I just think he made an irresponsible mistake,” De Grasse said.

Elite athletes are required to file “whereabouts forms,” providing an hour each day where anti-doping officials can find them for out-of-competition tests.

De Grasse, who turned 26 on Tuesday, credited his support system for helping ensure he never makes that mistake. Wherever he’s travelling, including home to Toronto recently to shoot a GoDaddy commercial, his manager and others provide addresses. They remind him to update his whereabouts.

‘I just feel bad for him’

“I don’t think it would ever happen to me, but yeah, we’re all human, we make mistakes,” De Grasse said. “It’s part of the job, it’s not just running. That’s the other side of it that people don’t see. People are comparing it to work – if you keep showing up late for work, you’re eventually going to get fired.

“But I’m neutral on the situation, I just feel bad for him.”

Coleman is appealing the ban.

There’s no obvious frontrunner after COVID-19 virtually wiped out the 2020 outdoor season.

De Grasse only got back on the track a week ago in Jacksonville, Fla., where he and partner Nia Ali, the reigning world 100-metre hurdles champion, live with their daughter Yuri and Ali’s son. They had been training on a grass field.

“And in the weight room we have to wear masks at all times, so it’s been a big adjustment,” he said.

With almost no races under his belt since the worlds last fall, De Grasse plans to race indoors for the first time in a while. He’ll take part in the New Balance Indoor Grand Prix in Boston on Jan. 25, and the Millrose Games in New York on Feb. 13.

Both meets will include strict COVID-19 protocols, De Grasse said, including testing both prior to arrival and then again before competing.

News this week about progress in finding a COVID-19 vaccine has fuelled hope for the Olympics, which are slated to open July 23 after being pushed back a year.

Other sports have successfully ran during the global pandemic, including the London Marathon elite-only race a few weeks ago, and the NBA and NHL, which finished their 2019-20 seasons in protective “bubbles.”

“I think it can be, it can be successful,” De Grasse said. “Once I saw the NBA and NHL did it, that gave me hope.”

The sprinter, who plans to stick around in the sport at least through the 2024 Paris Olympics, was making the virtual media rounds this week to promote GoDaddy, which provide tools such as website builders for small businesses.

Because of the two-week quarantine requirement, De Grasse was home for nearly a month to shoot the “No celebrity necessary” campaign. He said the commercial was shot with physical distancing, and the crew all wore masks and face shields.

“I had fun doing it and was happy to support small businesses and entrepreneurs, especially during this time, and everything that’s going on.”