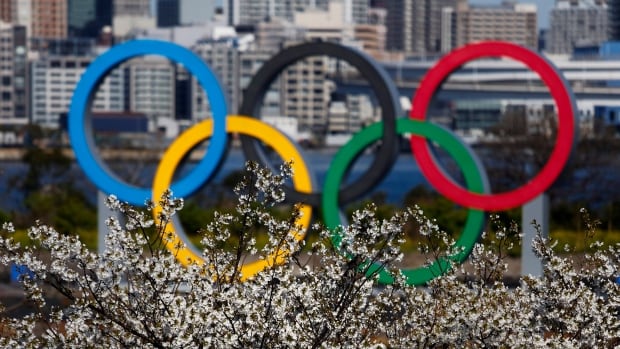 Canadian athletes took the middle ground in their statement on the International Olympic Committee’s anti-protest rule on Monday.

The Canadian Olympic Committee Athletes’ Commission (COC AC), with support from the national committee, put forward seven suggestions to Rule 50 that states “no kind of demonstration or political, religious or racial propaganda is permitted in any Olympic sites, venues or other areas.”

The Canadian athletes suggested the addition of neutral protected spaces at the Games for peaceful demonstrations that don’t interfere with the competition.

They also suggested clear guidelines be established for what constitutes demonstration, protest and propaganda, as well as provisions for what are considered acceptable actions.

Oluseyi Smith, two-time Olympian and COC AC chair, said the consensus showed a desire for protests not to interfere with competition on the field of play. There was little agreement, however, about demonstrations on the podium or at the opening and closing ceremonies.

“Athletes agree that the games have to remain for sport while at the same time giving an opportunity for athletes who have earned their right to speak — to champion things which are important to them while the world’s watching,” Smith said.

The rule was made stricter in January when the IOC reduced the number of spaces at which it would allow the athletes to protest.

The COC Athletes’ Commission has presented 7 recommendations in regards to Rule 50 of the Olympic Charter. 17:20

Those changes came under fire following the death of George Floyd in Minneapolis in May that prompted worldwide protests against racial injustice, including among professional athletes.

Smith and fellow Canadian athletes like sprinter Aaron Brown, wrestler Jasmine Mian and decathlete Damian Warner all made reference to the NBA’s efforts to promote racial justice in the wake of the deaths of Floyd and Breonna Taylor, as well as the shooting of Jacob Blake.

“This is really just a discussion of, ‘Is this place for sport, or is this a place to champion what we hold dear?’ And I really believe we can have our cake and eat it, too. I think we can go out there and be the best athletes we can [be],” said Smith. “But also bring attention to topics that are important to us as individuals but also to us a nation just like the NBA has done around Black Lives Matter.”

The Canadians’ recommendations were weaker than the U.S. statement on the matter, which called for the abolition of the rule entirely and was backed by pioneers John Carlos and Tommie Smith, renowned for raising their fists on the podium at the 1968 Mexico City Olympic Games in protest of racial inequality.

Mian, 30, competed at the 2016 Olympics and graduated from the school of public policy in Calgary. In July, Mian wrote for CBC News that abolishing Rule 50 could do more harm than good.

She suggested that threatening a boycott would be more effective than simple acts at the Games.

“I think it would be incredibly powerful if we came together as a collective and said, ‘Look, we’re not going to go do Tokyo next year until and unless the government is willing to make progress on certain policy issues that we have at home or that exist internationally,'” said Mian.

“I think waiting to talk about this on the Olympic podium actually misses our opportunity to do true activism.”

“There are aspects of the Olympic movement and aspects of neutrality that are worth preserving, and I think that we have to have a more nuanced conversation about what is the middle ground between having complete autonomy to say whatever you want and being able to say nothing at all,” Mian said.

Brown, 28, also competed in Rio. The sprinter said Rule 50 goes against the values of the Olympic movement, quoting the charter as saying to play “sport at the service of the harmonious development of humankind.”

“When you have a rule in place that prevents you from doing that and restricts you in certain elements, I just think that it goes against the spirit of what it’s supposed to stand for,” said Brown.

The Toronto native said Olympic athletes should use the attention of the Games to their advantage.

“If they’re going to be leaders on the field or in the court of play, why not be leaders off of it? They can exact change and shine light on injustices that are happening around the world,” said Brown.

Warner, a 30-year-old London, Ont., native, agreed that athletes should use the Olympic platform.

“In certain situations where your voice is more powerful than your legs or your throwing arm, I think you should be able to speak your mind or talk about the things that have plagued you and your communities,” Warner said.

One other issue considered by the Canadian athletes was that of consequences for breaking their proposed new rule. Mian said governments interfering with individual athletes’ right to protest is a potential negative outcome from the complete abolition of Rule 50.

“Even if we gave athletes from all around the world the same rights to protest on the podium, the consequences for them in their home country are going to be very different, and I think that that’s a real concern,” she said.

To that end, the COC AC recommended establishing clear consequences and “degrees of violation” for athletes who break the rule.

Rule 50 also includes language banning the commercialization of the Olympics through athlete advertising, which the Canadian athletes recommended be separated from protest guidelines.

The athletes’ commission said it only made recommendations that were supported by a clear majority of its members, following a process including public seminars, one-on-ones with individual athletes and an open Q&A.

Below are the COC AC’s full recommendations to amend Rule 50: