Tammara Thibeault said she was getting tired of bronze medals, so the Canadian boxer can now swap one of those bronze for a silver medal after a doping infraction by one of her competitors at the 2019 Pan Am Games.

Colombia’s Jessica Caicedo, who defeated Thibeault by points in their semifinal in Lima, Peru, in July 2019, was stripped of her gold medal by Games officials in an announcement on Tuesday.

“I was surprised, it’s not something you’d expect a couple months or a year later, [but] with the year that we had it’s a year full of surprises,” Thibeault told CBC Sports’ Anastasia Bucsis. “I was pretty grateful — it doesn’t happen every day. I mean, it’s a good thing that it doesn’t.

“It’s not something that makes me necessarily happy, but I am very grateful that the [Canadian Olympic Committee] and everybody involved are trying to make things better by switching up the medals.”

The 23-year-old middleweight from Montreal also believes the change in medal colour might be a good sign going forward.

“It’s not necessarily the way I would’ve wanted to get the medal [because] I would’ve liked to have the chance to fight for gold, but that’s not the way it played out and it is what it is.” 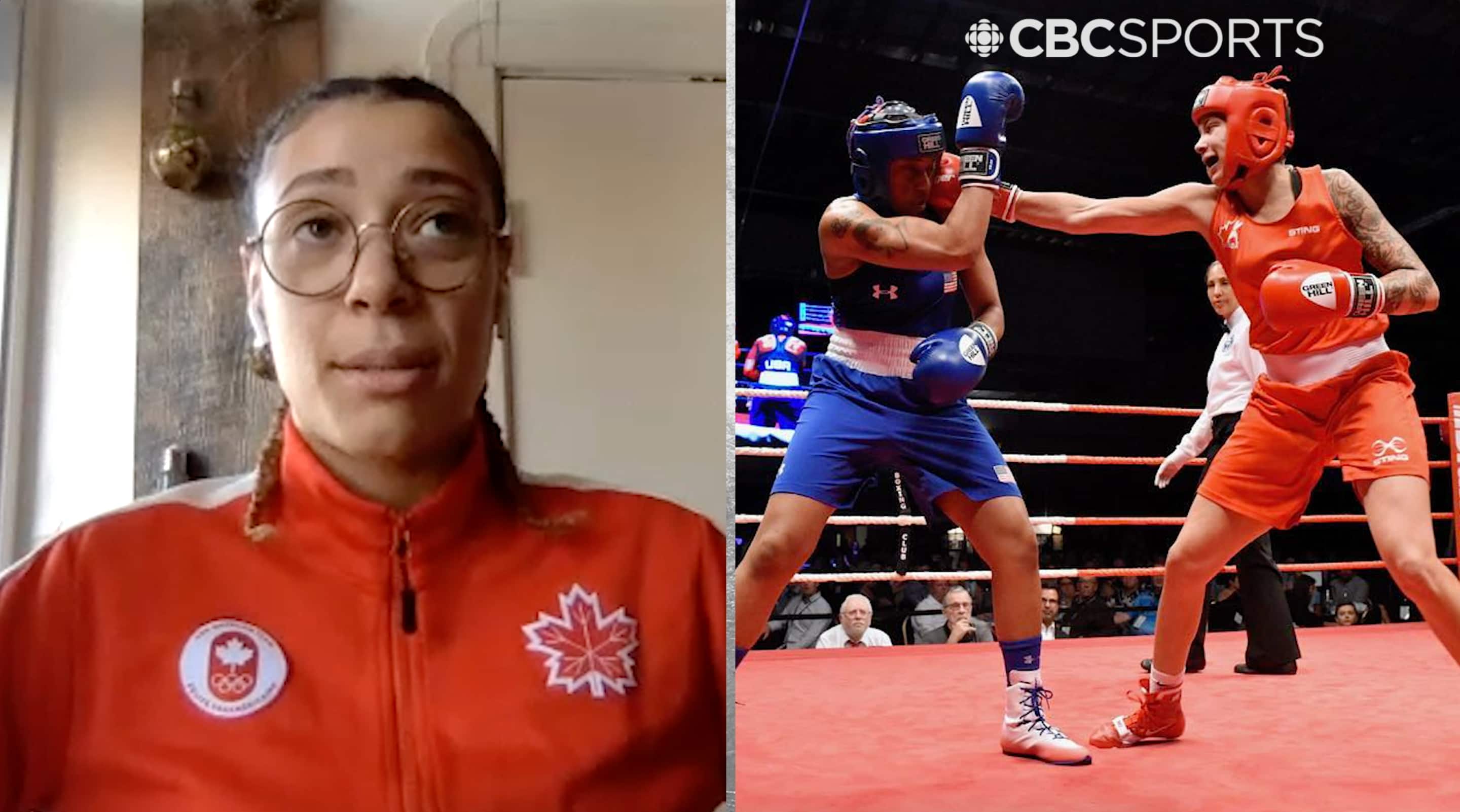 A doping violation has changed the colour of the hardware the Canadian left Lima, Peru with last year. According to the native of Montreal, it’s just a glimpse of what’s to come. 5:23

Despite a positive test for the athlete who beat her for a spot in the 75-kilogram gold-medal match, the southpaw doesn’t think her sport has doping issues.

“I wouldn’t say [boxing has a doping issue] because it’s the first time I’ve experienced it, or been anywhere near an experience with something like this,” Thibeault said.

She may have been bumped up the podium, but Thibeault says the lessons she took from Lima will remain the same — particularly the need to stay grounded and focused on the task at hand.

“I’m a very humble athlete but I kind of came into the Pan Am Games and was thinking ‘I’ve done this before,’ and I was a big flop, which just sucked. [I] don’t take that for granted — every opponent and every fight and every performance matters. You can’t afford an off-day.” 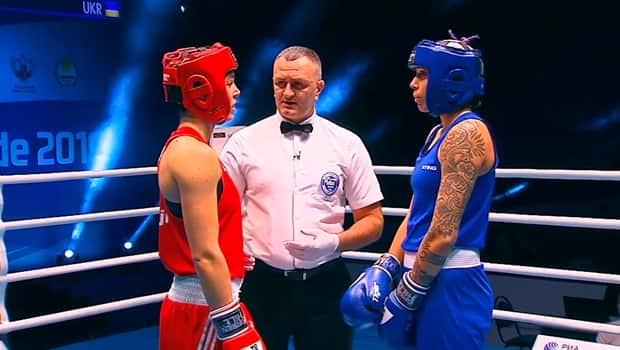 Canada’s Tammara Thibeault lose to Nouchka Mireille Fontijn of the Netherlands in the semifinals at the AIBA women’s boxing world championships. The loss still gave Thibeault a bronze medal in the 75kg weight class. 13:59

The COVID-19 pandemic has also been a test for Thibeault and her teammates, who were set to travel to an Olympic qualifying tournament before the sports world ground to a halt in March

“[Training] was stopped abruptly,” she said. “Seven days before heading out for our Olympic qualifiers, our head director [told us] ‘qualifiers are cancelled.’ I was like ‘it’s a joke, it’s not real’. He said ‘no, it’s real, you guys aren’t going [and] training camp is over.’ And maybe a couple days later, everything shut down. Everything.”

Thibeault moved from her apartment in Montreal back to her parents’ home for what she thought might be a couple of weeks, but ended up spending four months there.

Eventually she and her teammates were able to get back into the gym and train, despite all of the upheaval about whether the Tokyo Games would happen.

“We are incredibly privileged to continue doing our day-to-day job — we’re all full-time athletes… [but] obviously it’s very different. I haven’t travelled in [about] 10 months, but [Boxing Canada] have been doing everything we can to have adequate training,” Thibeault said. “Especially with all the uncertainty — for a while we didn’t know if the Olympic Games were happening. And then they were but Canada wasn’t going. And then they weren’t happening. There’s not much we could control.

Now that she’s back into regular training, she has her sights set on an Olympic medal. What can we expect from her at the Tokyo Games?

“You can expect me on the podium, it’s just a matter of choosing the colour,” she said with a big laugh. “OK, no —hopefully I will be there and I will represent Canada and go get a medal for us. That would be the first time a Canadian woman would be on the podium for boxing.

“I’m really hoping to do that and I really am hoping for gold.”