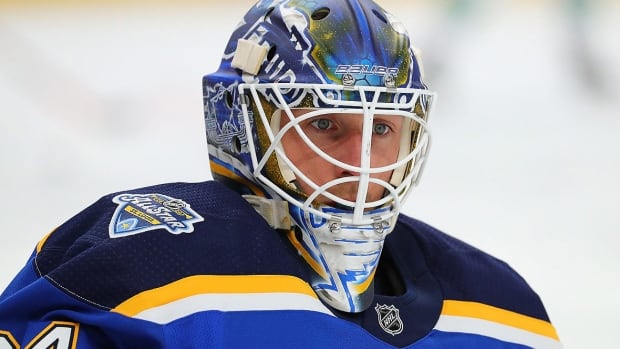 The Blues will also send a 2022 seventh-round pick to Montreal for two selections in this year’s draft previously acquired — Washington’s third-round choice and a seventh-rounder from Chicago.

“I want to personally thank Jake for his dedication to the St. Louis Blues organization during his entire time as a Blue,” Blues general manager Doug Armstrong said in a statement released by the team. “He has always been a top tier professional who has done everything we have asked of him. We wish Jake and his wife Shannon nothing but the best in Montreal.”

Allen, who hails from Fredericton, shone in a first-round Stanley Cup playoff series loss to Vancouver, posting a scintillating 1.95 goals-against average and .935 save percentage after 2.15, .927 totals in 24 regular-season games.