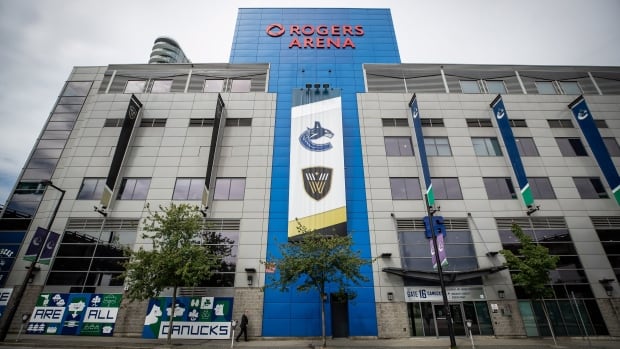 The Vancouver Canucks announced Thursday the city was out of the running as a hub for the NHL’s return.

The decision from the league means Toronto and Edmonton are the lone Canadian cities remaining in contention to host the NHL’s Stanley Cup tournament.

“We sincerely thank Premier [John] Horgan, Minister [Lisa] Beare, Dr. Bonnie Henry and their teams for their incredible support as we worked through the opportunity to host NHL teams in Vancouver,” the Canucks tweeted.

“Now we look forward and are very excited to welcome our Canucks players back for training camp at Rogers Arena in the coming weeks. An exciting finish to the season is just around the corner, and we can’t wait to drop the puck.”

Previously, Pittsburgh and Columbus announced their bids had also been denied, while the same was reported for Dallas and Minneapolis/St. Paul.

Earlier Thursday, British Columbia’s health minister, Adrian Dix, was asked about media reports that there was a breakdown with the league over Vancouver being a hub city.

Dix told a news conference that B.C.’s hard line on rules to protect people from getting the novel coronavirus is the reason Vancouver should be a hub city.

He said he supported the idea of hockey being played again in Vancouver, but he’s also the health minister and the rules that have contained the spread of COVID-19 apply to all.