U.S. President Donald Trump and former vice-president Joe Biden were supposed to face off in a second presidential debate Thursday night in Miami. Instead, the two candidates will be attending duelling town hall events hosted by two different networks.

Despite concerns about his health, Trump returned to the campaign trail 10 days after testing positive for COVID-19. Now, with less than three weeks to go until election day, the president is once again holding packed nightly rallies in an effort to mobilize his base. But is it enough to make up for lost time?

And given the debacle of the first presidential debate, will a town hall rather than another face-to-face showdown with Trump work for or against Biden’s campaign?

CBC’s The National assembled a panel of U.S. political commentators, hosted by Adrienne Arsenault, to talk about the state of the race, who Trump and Biden need to be reaching out to, and issues around voter turnout:

With less than three weeks to go until election day, The National’s U.S. political panel looks at what cancelling the second presidential debate means for the race, whether President Donald Trump getting COVID-19 changed anything and what voter groups both candidates are trying to reach. 7:52

U.S. Vice-President Mike Pence and Democratic candidate Sen. Kamala Harris went toe-to-toe Oct. 7 in Salt Lake City, Utah, in the sole vice-presidential debate of the 2020 U.S. election. All eyes were on the pair after the chaotic performance of President Donald Trump and former Vice-President Joe Biden in their first presidential debate on Sept. 29. USA Today Washington bureau chief Susan Page moderated a much more measured debate, although at times the candidates did not directly address her questions. Pence and Harris debated topics ranging from the handling of the pandemic and relations with China, to racial justice and policies around job creation and climate change. 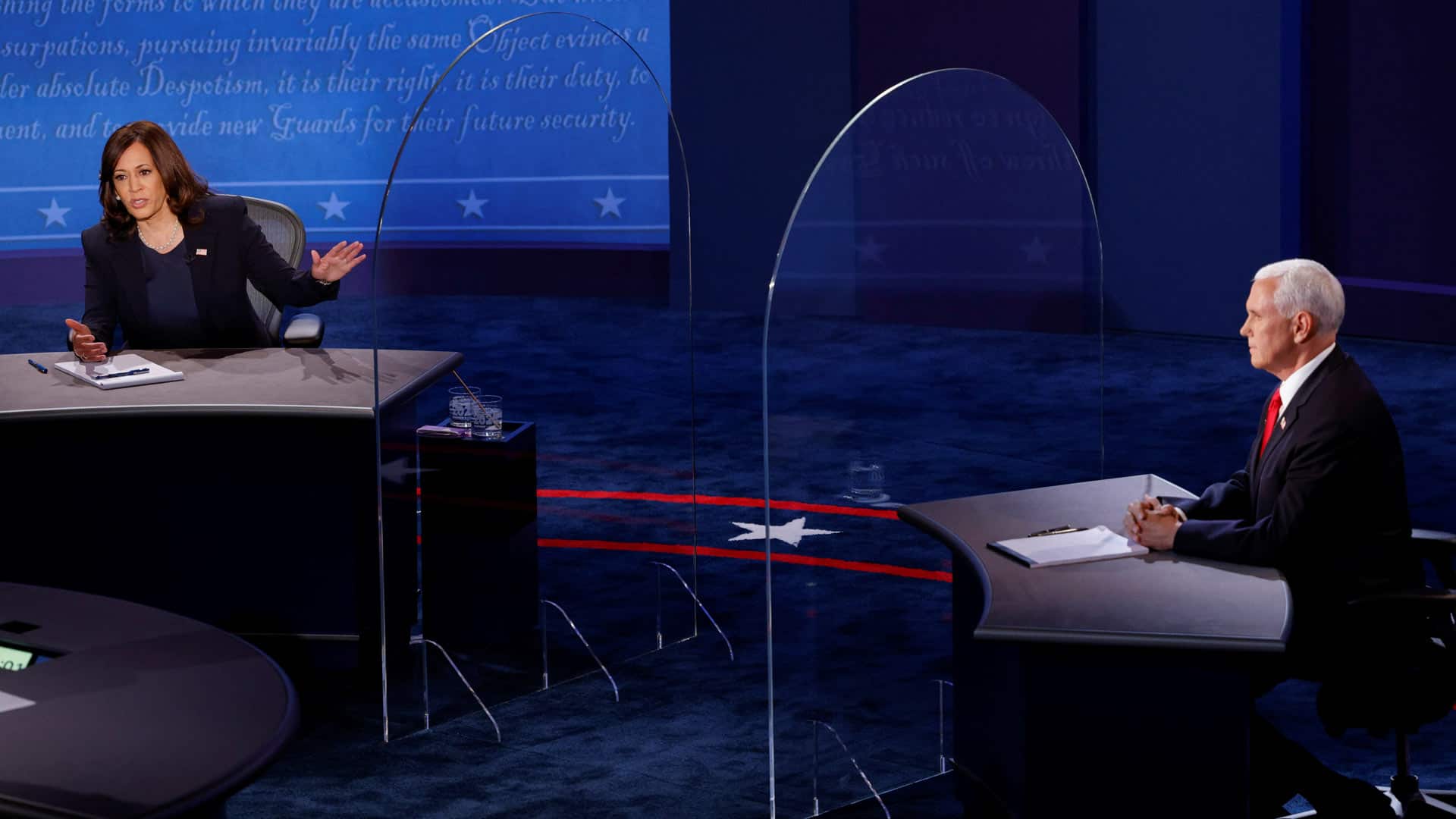 A panel of U.S. politics experts breaks down what happened during the vice-presidential debate between Vice-President Mike Pence and Sen. Kamala Harris and the impact it could have on November’s election. 9:56

U.S. President Donald Trump and Democrat presidential candidate Joe Biden squared off Sept. 29 in their first election debate from Case Western University in Cleveland, Ohio. The 90-minute exchange, punctuated by a regular stream of outbursts and interruptions, covered topics ranging from the handling of the COVID-19 pandemic, to law enforcement and climate change, to the political records of both candidates. The debate also touched on more recent events, including the Supreme Court nomination to replace Ruth Bader Ginsburg, and the leak of Trump’s tax information.

WATCH | The National’s panel of U.S. political experts analyzes the first presidential debate and its likely impact on the U.S. election: 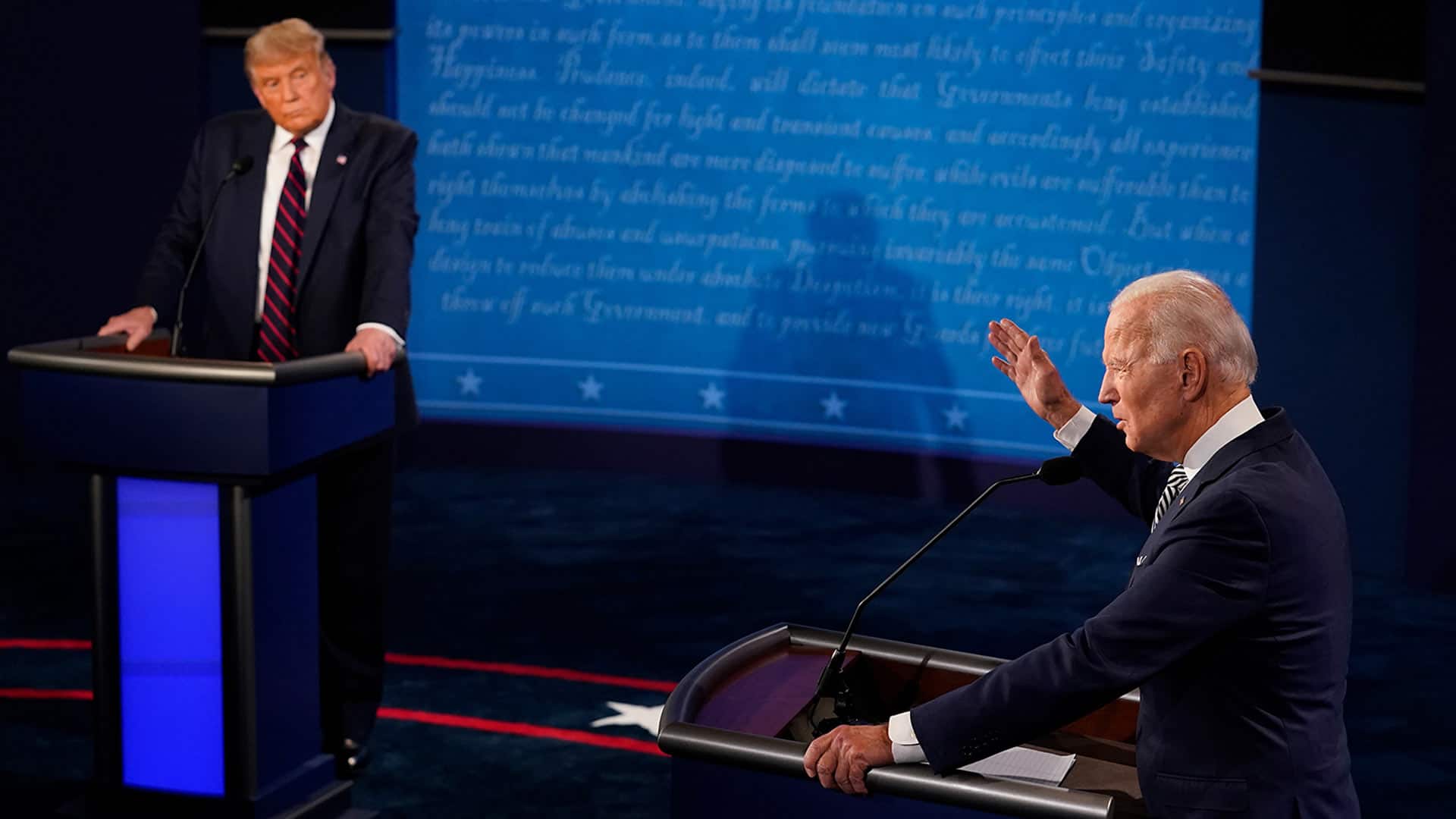 A panel of U.S. politics experts breaks down what happened during the first presidential debate between U.S. President Donald Trump and former vice-president Joe Biden and the impact it could have on November’s election. 10:16