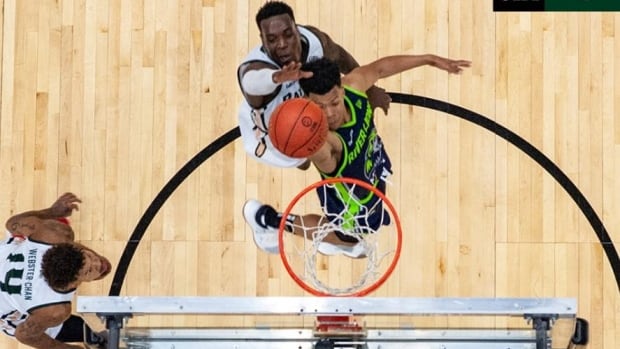 The Canadian Elite Basketball League is on the verge of securing a host site for a month-long tournament to decide a 2020 champion.

CBC Sports has learned the league is in discussions with other stakeholders to hold a multi-week tournament starting in mid-July at the Meridian Centre in St. Catharines, Ont. The arena seats 5,300 and is home to the league’s Niagara River Lions.

“We have been working closely with public health and government officials in developing numerous contingency plans, knowing that ultimately any actions we may take will be dictated by protocols they create to ensure the safety of players, coaches, venue staff, and league officials,” Mike Morreale, CEBL commissioner, told CBC Sports.

It was previously reported the plan was to have all seven teams report to a single location starting on July 1, with training camp taking place over the following nine days. However, the timeline has been pushed back a couple of weeks to give the league, players and coaches extra time to prepare.

Under the updated timeline, teams would report to training camp starting July 15 and begin a round-robin tournament beginning in late July. The plan is to have two games played per day, one in the afternoon and one at night.

Six of the seven teams would qualify for a playoff, with the championship game proposed for mid-August.

All of these plans are dependent on the province’s phased-in reopening measures.

“We are optimistic that our league will be a leader in returning pro sports to playing in Canada,” Morreale said.

While there are no official plans just yet to broadcast the games should they happen, the CEBL has a partnership with CBC Sports through 2022, making the public broadcaster the premier media partner of Canada’s only First Division professional basketball league.

The CEBL had been scheduled to open its second season May 7 with a championship tournament in Edmonton Aug. 14-16. Saskatchewan defeated Hamilton last August in Saskatoon to win the league’s first championship.

While league officials had remained optimistic they might be able to play a condensed season, that is no longer the case — that’s why they’ve landed on playing the month-long tournament.

Teams around the league are now starting to contact season ticket holders about their options, including getting a refund or putting their payment toward next season.