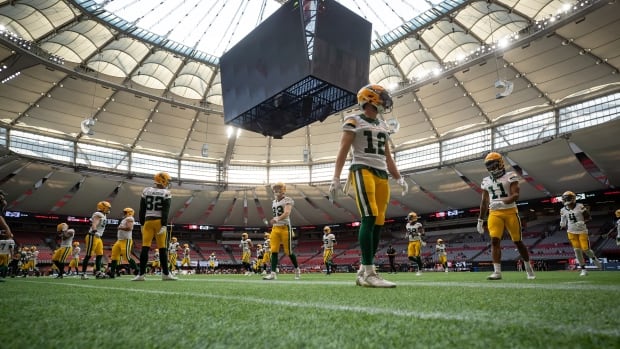 The CFL has postponed Edmonton’s next game against the Argonauts in Toronto, initially scheduled for Thursday.

In a statement, the league said the Elks would not practise or travel until cleared by the league’s chief medical officers and public-health officials, adding that Edmonton’s players, coaches and staff are “subjected to an enhanced testing protocol which includes isolation.”

The league said the decision to postpone Thursday’s encounter “reflects our desire to put the health and safety of our players, coaches and staff — as well as public health — above all other considerations.”

Edmonton’s last match was a 21-16 victory over the BC Lions on Aug. 19. The CFL said the Lions would be closely monitored this week but that they were not exposed to a high risk of infection. The Lions are scheduled to play the Ottawa Redblacks on Aug. 28.

There is no date yet for the rescheduled match between the Elks and Argonauts.