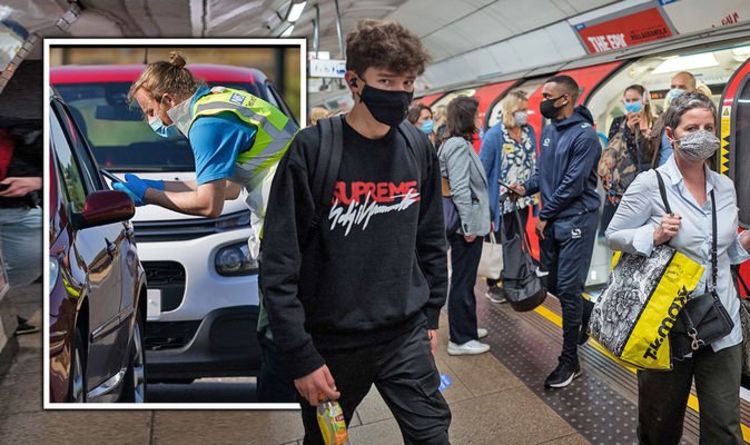 The least affected region of England is the South West, which has shown 16,817 positive infections and 299 in every 100,000 – significantly lower than anywhere else.

Despite the record number of cases, the UK is still nowhere near where it was at the peak of the virus in April and May.

At the time, researchers from Imperial College London suggested there were more than 100,000 new infections a day.

Many of these cases would have been missed at the time as consistent community testing only started in May.