Canada’s Denis Shapovalov has advanced to the semifinals of the St. Petersburg Open.

The second-seeded Shapovalov, from Richmond Hill, Ont., downed No. 5 seed Stan Wawrinka of Switzerland 6-4, 7-5 in quarter-final action on Friday at the ATP Tour 500 indoor hard-court event.

Shapovalov was strong on first serve, winning 84 per cent of points when he got it in, well ahead of Wawrinka’s 72 per-cent clip.

The Canadian is now 2-1 lifetime against the Swiss veteran. 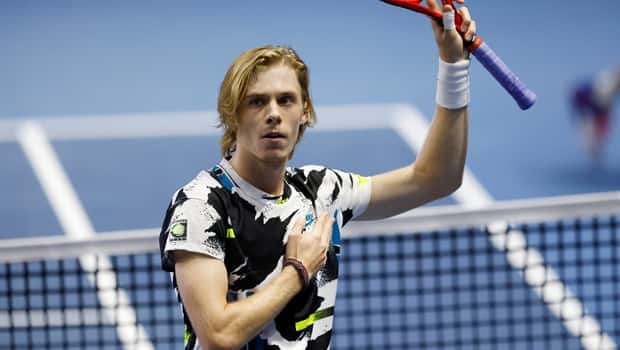 Shapovalov will face No. 3 seed Andrey Rublev in the semis on Saturday. The Russian crushed Great Britain’s Cameron Norrie 6-2, 6-1 in the quarter-finals.

Shapovalov has a 2-1 edge on Rublev in the lifetime series.

No. 6 seed Milos Raonic of Thornhill, Ont., is scheduled to face No. 4 seed Karen Khachanov of Russia in a quarter-final later Friday.

The other quarter-final featured No. 7 seed Borna Coric of Croatia against American Reilly Opelka.