The 33-year-old skip and her rink from Manitoba won their second consecutive Scotties Tournament of Hearts with a 9-7 victory over Rachel Homan’s Ontario team in last night’s final in Calgary.

Einarson, third Val Sweeting, second Shannon Birchard and lead Briane Meilleur are just the eighth team in the 61-year history of the Canadian women’s curling championship to go back-to-back — and the first since Homan and third Emma Miskew did it in 2013 and ’14 with a different front end than the one they play with now.

By beating Homan’s team in the final for the second straight year, Einarson’s rink also has to be considered the early favourite to win the Olympic trials later this year and represent Canada at the 2022 Games in Beijing.

A few other takeaways from the Scotties:

Homan and Miskew are an incredible duo.

Yes, they’ve now lost three consecutive Scotties finals. But they’ve also won three, and it easily could have been more. Their previous two defeats came in extra ends, and Homan was eight months pregnant for this one. In any case, just getting to the title game three times in a row is a pretty remarkable accomplishment. And there’s a very plausible alternate universe in which Homan and Miskew have reached five straight finals. After winning the Scotties in 2017, they opted to pull out of the ’18 event so they could focus on the Olympics, which started only a few days later.

So, to recap, Homan and Miskew have made it to the final of six of the last eight Scotties they’ve played in and won three of them. They also own a world title and they’ve won the Canadian Olympic trials — arguably the toughest event in the sport. That resumé is already among the greatest in curling history, and it’s probably going to get better. Miskew just turned 32 years old. Homan is still 31.

Einarson’s team might get to play for a world championship after all.

They were denied that opportunity last year when the pandemic hit, and this year’s worlds in Switzerland were also called off. But CBC Sports’ Devin Heroux reports that planning is underway to try to bring the women’s worlds to the Calgary bubble.

Only thing is, the place is pretty booked. The Brier starts Friday and runs through March 14, followed by the Canadian mixed doubles championship March 18-25, the men’s world championship April 2-11, and back-to-back Grand Slam of Curling events that run from April 14-25. So, if they can pull it off, it seems like the women’s worlds would have to start at the tail end of April or early May.

Sure, the atmosphere was a little eerie with no fans in attendance (those cardboard cutouts were awfully quiet), but from a health standpoint the entire tournament went off with only one minor hitch. A Draw 3 game between Einarson’s team and the Northwest Territories was postponed after a Northwest Territories player came down with food poisoning. But coronavirus tests for everyone on the team came back negative, and the game was made up two days later.

The Brier is only four days away.

Brad Gushue’s Team Canada begins defence of its national men’s title on Friday night in the Calgary bubble vs. John Epping’s Ontario rink. More good news for curling fans: by popular demand, That Curling Show with Devin Heroux and six-time Scotties champ Colleen Jones will return Friday and run every night of the Brier on the CBC Olympics Twitter, Facebook and YouTube pages. 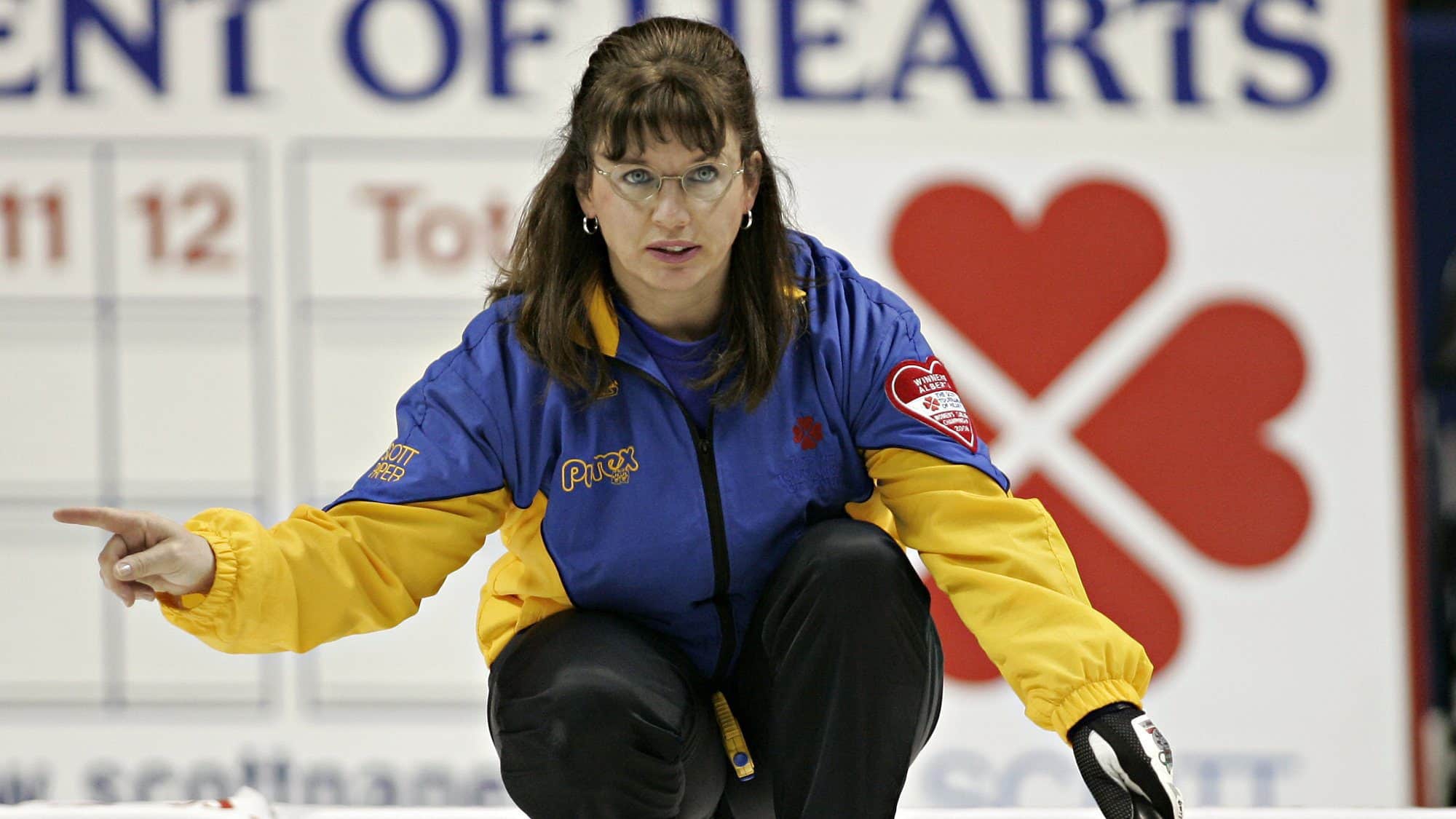 1998 Scott champion Cathy King recalls playing against the great Sandra Schmirler and the time she played five games in 27 hours. 53:00

Jamaican sprinter Yohan Blake says he’d rather miss the Tokyo Olympics than get a COVID-19 vaccination. Sounds bold, but it’s probably a moot point because the IOC has already said it won’t require athletes to get vaccinated. Blake, 31, is eyeing a third consecutive Olympic appearance. He took silver in both the 100 and 200 metres at the 2012 Games and was part of the Usain Bolt-anchored teams that won back-to-back 4×100 golds in 2012 and ’16. Blake also won the 100 and 4×100 world titles in 2011 — the year Bolt was disqualified for a false start in the individual final. “I’d rather miss the Olympics than take the vaccine,” Blake told a Jamaican newspaper. He added: “Follow your mind, don’t follow the crowd.” Read more about his anti-vax stance here.

Tiger Woods received a nice tribute. Several golfers wore his signature red shirt and black pants for the final round of a World Golf Championships event in Florida yesterday. Woods is still recovering at a hospital in Los Angeles after suffering major injuries to his right leg, ankle and foot in a car accident last week. He’s already undergone additional procedures on top of the initial surgery performed by orthopedic trauma specialists shortly after the crash, and his golf future remains uncertain. But Sunday’s gesture seemed to raise his spirits. “It is hard to explain how touching today was when I turned on the TV and saw all the red shirts,” a tweet from Tiger’s account read. “To every golfer and every fan, you are truly helping me get through this tough time.” Read more about the Tiger tribute here.

Hockey history was made last night. For the first time ever, New York’s iconic Madison Square Garden hosted a women’s pro hockey game. It was the second game in the second season of the Dream Gap Tour, a series of barnstorming events put on by the Professional Women’s Hockey Players’ Association. That’s the group that includes basically the entire Canadian and U.S national team rosters and is refusing to play in the NWHL or any other women’s pro league until a stronger one that offers better pay and benefits is created. The next Dream Gap Tour stop is in Chicago this weekend, and you can watch Sunday’s game live at 11:30 a.m. ET on CBC Gem, CBCSports.ca and the CBC Sports app.

Lest you think NBA Top Shot is the only overheated market for basketball collectibles, a Luka Doncic card sold for $4.6 million US. That’s the highest price ever paid for a basketball card, destroying the $1.857M someone dropped on a Giannis Antetokounmpo in September. Like that one, the Doncic is a rookie card, it’s autographed and, most importantly, only one was made. The record for a card in any sport still belongs to the 1952 Topps Mickey Mantle that went for $5.2 million in January. And if you’re still wondering what NBA Top Shot is about, read our explainer.

Coming up from CBC Sports

CBC Sports U: Anyone pursuing a career in sports media might want to check out this free, interactive virtual summit on Wednesday. CBC Sports is bringing together some well-known sports-media personalities to give students an inside look at their experiences and an opportunity to ask questions. Get more details and sign up here.