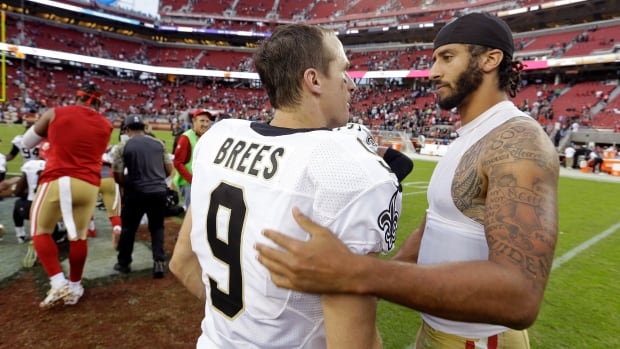 WATCH | Brees apologizes for his comments on anthem protests:

Drew Brees apologized for comments that reiterated his opposition to Colin Kaepernick’s kneeling during the national anthem in 2016. 1:19

NFL Commissioner Roger Goodell says the league was wrong for not listening to players fighting for racial equality and encourages them to peacefully protest. 0:49