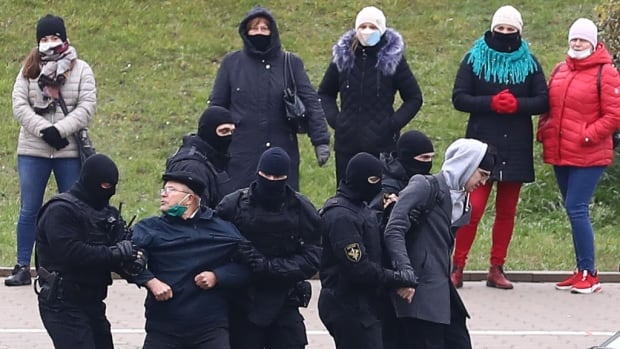 Police in Belarus on Sunday arrested dozens of people in Minsk demonstrating against Alexander Lukashenko, leader of the former Soviet country, a witness said and several media outlets reported.

Mobile internet has been also down across the city, according to the witness.

Belarus is in a political crisis as tens of thousands of Belarusians have taken to the streets each week since an election in August, calling for Lukashenko to resign after 26 years in power. Lukashenko has rejected opposition accusations that the election was rigged in his favour.

Thousands of people have been arrested and rights groups say hundreds of detainees have reported being subjected to beatings and other abuse.

The street rallies were re-ignited following a death of a 31-year old anti-government protester Roman Bondarenko, who died in hospital on Thursday following what demonstrators said was a severe beating by security forces.

The interior ministry denied responsibility for Bondarenko’s death, saying he had been killed in a scuffle with civilians.