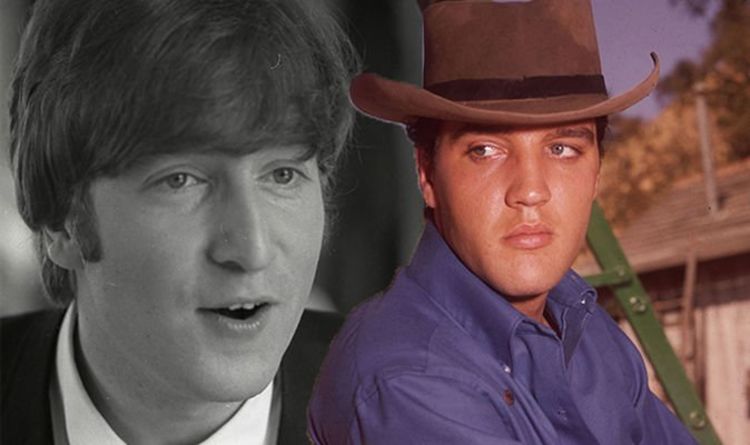 Elvis Presley is one of the most famous rock and roll singers in history, and The Beatles shot to fame in the 1960s as the first major boyband to take the world by storm. But while one was an American crooner famous for such songs as Hound Dog and Blue Suede Shoes, The Beatles rocked with their particular brand of pop rock. And in one twist of fate, the two collided. But during that incredible first meeting, John Lennon revealed he learned the main difference that stood the two apart.

But putting everything together, it seems as though while Presley was consumed by his fame and swamped by his entourage, the Beatles struggled to understand his lifestyle.

And what’s more, in a phone conversation about the meeting, Lennon revealed the band had been puzzled by Presley’s wish to shy away from interviews and TV appearances, saying the band would simply get too “bored” not indulging in everything the experience had to throw at them.

“We were asking him about just making movies and not doing any personal appearances or TV and he seems to enjoy it,” Lennon recalled. “I think he enjoys making movies so much.

“He was great, it was one of the great meetings of my life,” McCartney echoed.

Starr also shared his disappointment over Presley’s decision to attempt to “ban” The Beatles from the USA.

“The sad part is,” Starr claimed, “we found out years and years later that he tried to have us banished from America. Because he was very big with the CIA and everything.

“That’s very sad to me, that he felt so threatened that he thought like a lot of people that we were bad for the American youth,” the singer laughed.

As he shared more details about the evening when they all met – in Hollywood’s Bel Air – McCartney recalled thinking: “Wow that’s Elvis. And he was playing Mohair Sam all evening, he had it on a jukebox, he played it like endlessly, that was like the record of the moment for him.

“So it was great to see ‘Oh he’s a music fan, he’s not just… you know’. He was listening to one of our big records at the moment too.

“He had the TV on all the time, which is what I do anyway,” Harrison chimed in. “And in front of the TV he had a massive big bass amplifier. Fender bass amplifier. So we just got in there and played with him, you know. [We] all plugged in what was around and we all played and sang.”

Starr insisted he never “jammed” with the American superstar, but divulged Lennon did “all the time”.

Harrison joked his bandmate played football with Presley though, which was a feat all in itself.