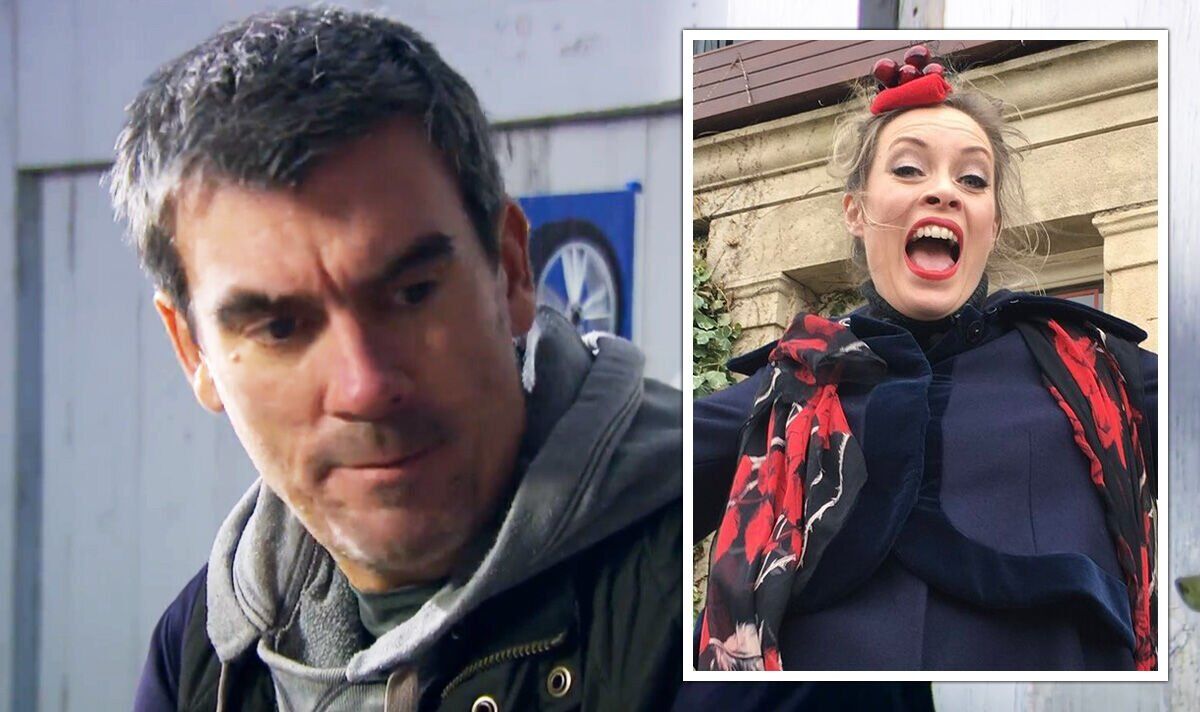 Sharon Marshall’s last episode of Emmerdale aired on Friday evening on ITV when Amy Wyatt (played by Natalie Jamieson) revealed she wanted sole custody of her and Cain Dingle’s (Jeff Hordley) son Kyle Winchester (Huey Quinn). The 51-year-old writer told her social media followers it has been an “absolute joy” to work on the Yorkshire-based soap for the past six years.

Sharing a photograph of herself smiling outside the Woolpack, Sharon penned: “My last Emmerdale is tonight at 7.30pm.

“Off to writing pastures new now but it’s been an absolute joy and privilege to play in the Dales for six years.

“I’ll hugely miss the fabulous team,” alongside a heart and sheep emoji.”

Messages poured in for Sharon following her announcement, with members of the Emmerdale cast writing touching tributes to the writer.

Actress Samantha Giles, who plays Bernice Blackstock, said: “You’ll be missed. Lots of love and luck in your new adventures.”

Sharon Matthews penned: “I saw your name on the screen tonight and even commented on it. Good Luck in your next adventure I’m sure you’ll be awesome.”

Roo remarked: “I’ve said it before but you are one of my fave writers for the show. So, wherever you go next you’ll have an audience (even if it’s just me and the wife in Canadialand).

“Thanks for all the great words, laughs and heartache. Can’t wait to see what you do next.” (sic)

Known as The Soap Expert on This Morning, Sharon has also written scripts for the BBC One soap EastEnders.

She and her partner Paul Fletcher welcomed their first child, called Betsey, into the world in July 2018.

Emmerdale has been explosive in recent months, with Kyle on trial for murder and Paddy Kirk (Dominic Brunt) coming to terms with Chas Dingle’s (Lucy Pargeter) infidelity.