Everything you need to know about the NHL’s restart

Everything you need to know about the NHL’s restart 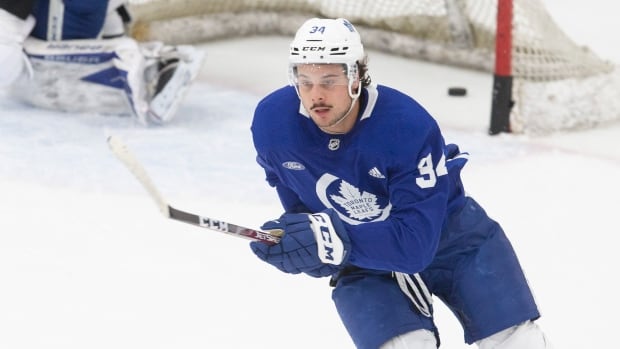 Nearly five months after the coronavirus brought play to a halt, the NHL is ready to stage its return in Edmonton and Toronto.

Here’s everything you should know to refamiliarize yourself with hockey:

That’s the prevailing, lingering question that looms over everything. The bottom line: the NHL is attempting to play games in the middle of a pandemic. Most players arrived in Toronto and Edmonton from cities in the U.S. — where cases continue rising — on Sunday and Monday, just days before the first games are to be played.

MLS also arrived in its hub environment days (as opposed to weeks) before games, and two teams swiftly experienced outbreaks and withdrew.

It begs the question MLB is grappling with after its Miami Marlins experienced an outbreak, too: at what point must the season stop?

On Monday, the NHL announced zero positive tests among players in the last week. The just-completed Phase 2, where each team trained in its home market, had been considered the riskiest part of the NHL’s return.

Going forward, everyone inside the bubbles will be tested daily via nasal swab. Should players test positive, those who are asymptomatic will be isolated until two negative tests are returned in a 48-hour period, or after 10 days. Symptomatic positives can rejoin their team after 72 hours without symptoms as well as at least 10 days in isolation.

In Toronto, the top five seeds are at Hotel X, near the lakeshore, while the rest stay at the Fairmont Royal York, close to Scotiabank Arena. BMO Field will also be activated for player use, with the caveat that certain shoes must be worn in order to preserve the pitch for Toronto FC. In Edmonton, the top teams are at the JW Marriott, which connects to the arena, with the rest at the Sutton Place nearby.

Each team brought 52 people, including 30 players. There are 14 restaurants and food vendors available for the players in each hub, including Tim Hortons. Player amenities in both cities include a pool, ping pong, basketball and soccer areas as well as lounges.

Players have their own rooms and aren’t allowed mingling in others. Outside of your room, masks must be worn at all times, unless you’re participating in some sort of physical activity. Families will be permitted to join for the final two rounds — both of which take place in Edmonton for everyone.

Meanwhile, the on-ice presentation will look much different. The NHL is adding 12 cameras to provide new angles and will use crowd noise from the EA Sports NHL video games. Lower-bowl seats will be covered with a tarp while giant LED screens with team graphics and/or videos of fans will be placed directly behind the benches.

In part 4 of 10, Rob Pizzo breaks down whether the Blackhawks could upset the Oilers.  1:05

Twelve teams from each conference are involved. One-third of them won’t be for very long. Best-of-five Stanley Cup Qualifiers, pitting seeds 5 vs. 12, 6 vs. 11, 7 vs. 10 and 8 vs. 9 kick things off on Saturday.

The winners of those series advance to the playoffs, where it’s the usual best-of-seven in each round. Instead of the division-centric format of years past, the NHL is going with conference-wide seeding. That means No. 1 plays No. 8, No. 2 plays No. 7, etc.

While the qualifiers are played, the top four seeds in each conference will engage in a round robin to determine the top four seeds for the first round of the playoffs. Those standings will use the regular-season points system, with ties broken by pre-pause performance.

After the first round, teams are re-seeded so that the best team remaining in each conference always plays the worst.

In part 3 of 10, Rob Pizzo breaks down the Leafs, and the now healthy Blue Jackets 1:18

For the eight teams that lose the qualifiers, there’s a silver lining. The NHL began its draft lottery in June while only knowing seven of the 15 teams involved. Those are the teams that were already eliminated and possessed the best odds. The other eight slots were held by “placeholders,” with each of them assigned descending odds.

In classic NHL fashion, a placeholder team won the lottery, where QMJHL star Alexis Lafreniere is expected to be picked first overall. Now, the eight qualifier losers will share equal 12.5 per cent odds of winning this rather large consolation prize at Phase 2 of the lottery after qualifiers are done.

Can Carey Price help the Habs pull off a huge upset over the Penguins? Rob Pizzo breaks down their chances.  1:17

Ottawa was the only Canadian club to miss the qualifiers, while Montreal barely snuck in at 12th — eight points behind the Rangers, and just three up on the fledgling Buffalo Sabres. The Habs’ reward is a date with Sidney Crosby’s Penguins.

The lone all-Canadian matchup goes out west with the Calgary Flames and Winnipeg Jets, both in the midst of mildly disappointing seasons. The Vancouver Canucks, a young team that had been putting together an impressive campaign, play the Wild, an older team that began trending up after head coach Bruce Boudreau was replaced with assistant Dean Evason.

The Edmonton Oilers, boasting Connor McDavid and MVP finalist Leon Draisaitl, take on fading 12th-seeded Chicago. That team has scuffled in recent years, but it maintains star power and experience in Jonathan Toews and Patrick Kane.

One consequence of the new format is it robbed us of the Battle of Alberta, a matchup that appeared likely back in March.

Back east, the Toronto Maple Leafs take on the Columbus Blue Jackets, who surprised the top-seeded Tampa Bay Lightning just last year. Toronto struggled through an up-and-down regular season where it mostly failed to live up to expectations.

But beating Columbus for its young core’s first series win could be the jumpstart it needs. On the other hand, the Leafs could simply meet the Bruins in the next round — and we all know what happens then.

Will good teams still be good?

This one is largely unanswerable. But 4½ months after the last game was played, can we expect teams to just pick up where they left off? The “rest vs. rust” debate will surely make a return, and player fitness, specifically early on, will be scrutinized — who was the quarantine type to sit around watching Tiger King (remember that?), and who remodelled his home into a gym?

Some other storylines around the league: Can the Lightning rebound from last year’s early exit? What kind of title defence can the Blues put together? How much randomness will occur in those short qualifier series? Will we see another Crosby-Ovechkin battle?

Hopefully, we’ll get the answers to all those questions soon.