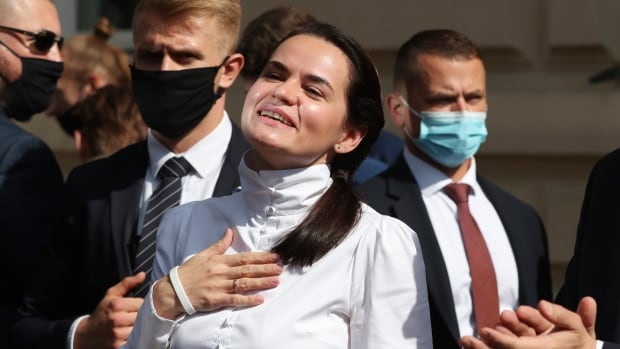 As he continues a European tour, Canada’s top diplomat has met in Lithuania with the exiled opposition leader of Belarus.

The U.S. and the European Union have denounced the election as neither free nor fair, and introduced sanctions against the officials they say are responsible for vote-rigging and a subsequent crackdown on protests.

This was the first visit to Lithuania by a Canadian foreign minister in 24 years.

Following the meeting in the capital, Vilnius, Champagne told the exiled opposition leader that “Canada will always be on your side.”

Ukrainian community in Canada on edge as tensions with Russia escalate

Canada’s Olympic men’s hockey team is light on big names, but 2 stand out

Ukrainian community in Canada on edge as tensions with Russia escalate