When Brent Hayden was a Grade 3 student in Mission, B.C., his teacher asked all the students to share with the class what they wanted to be when they grew up.

All these years later and just days before his 37th birthday, Hayden is continuing his pursuit to make it to one final Olympics. He’s competed in three — Athens 2004, Beijing 2008 and London 2012 — a long, turbulent journey he never imagined he’d be on at this point of his life.

Next week, he’s boarding a plane for Istanbul to compete in the International Swimming League on the Toronto Titans team. Hayden is once again packing for an international competitive swim meet.

“Definitely did not think I’d be here at 37. I didn’t think I’d be coming back. I thought my swimming life was behind me,” he told CBC Sports outside the UBC Aquatic Centre in Vancouver, where he now lives and trains.

Hayden is swimming more freely and stronger than at any other point in his career, untethered from the stresses that used to weigh him down.

WATCH | Coming up or air: Brent Hayden on his return: 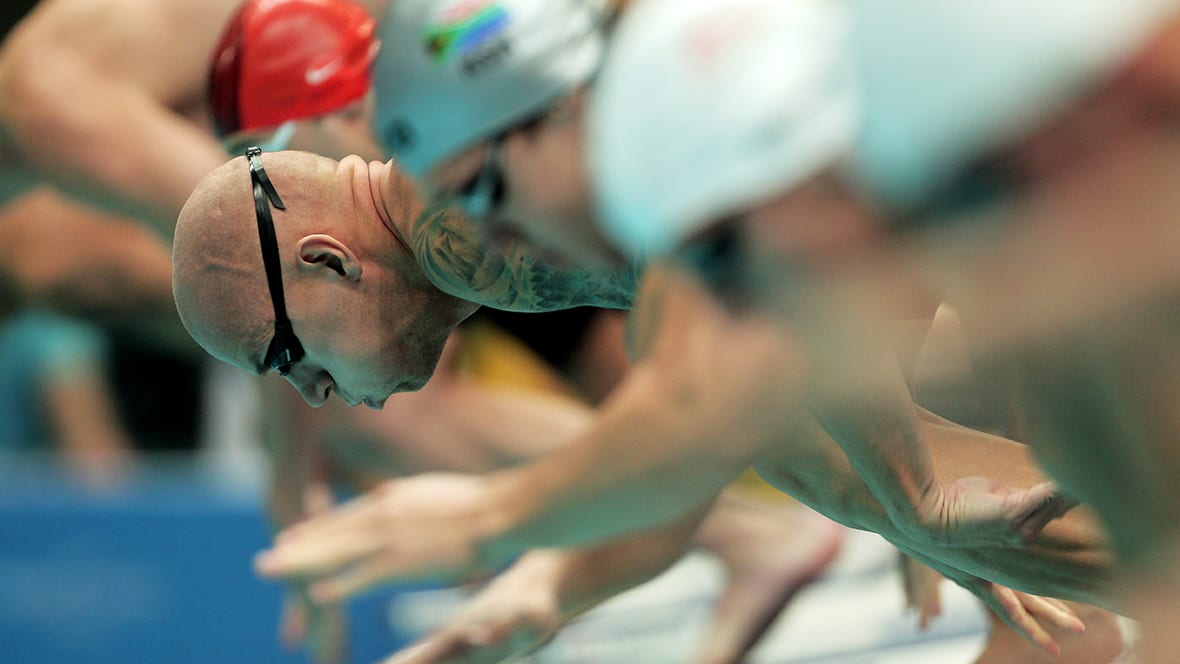 Depression forced Olympian Brent Hayden to retire from swimming in 2012 after winning a bronze in London. Eight years later at 37, he’s found the passion again, and is making another Olympic push. 5:25

It was right around this time one year ago Hayden announced his comeback, seven years after retiring from a sport that in his final year of competing was laced with physical and mental pain. His first two Olympic appearances had been, in his expectations, disappointing. He put almost paralyzing pressure on himself to perform.

Speaking candidly and emotionally, Hayden talks about how depressed he was in the lead up to the 2012 London Olympics and why, after finally achieving the success he wanted, called it quits without any notice.

“It was the worst year of my life,” he said. “Our team psychologist was on speed dial for me. Emergency meetings at my home. I was spiraling towards depression. I was really beginning to loathe swimming. It was painful. There were few times I was happy being at the pool.”

Plagued for years by back spasms that halted his training and left him lying in bed for weeks, Hayden was often frustrated and angry. He couldn’t put in consistent training stints and his love for swimming was gone.

“Lots of long phone calls in the parking lot after practice where I couldn’t even drive because I was screaming on the phone,” Hayden said. “A lot of tears. Apart from my wife and coach and my team it was very lonely.”

And it was about to get lonelier. Just days before the 2012 Games, at a staging camp in Italy, the back spasms returned. Hayden couldn’t move for four days — and considered retiring before those Olympics.

“I don’t think I would have been able to handle another failure at a Games.”

He explained his fears to his coach, Tom Johnson, and in a conversation he still remembers yet wants to remain private, made the decision to step on the starting blocks and be damned with expectations.

I don’t think I would have been able to handle another failure at a Games.– Brent Hayden

“I just told myself I’d rather give it everything I have, have a spasm in the pool, then hold back just a little bit. I was willing to risk not finishing the race.”

But he did finish. On the podium. Putting all those previous Olympic disappointments behind him.

He touched the wall in third place in the men’s 100-metre freestyle to win bronze.

Even he seemed surprised.

“When I touched the wall I turned around and looked at the scoreboard. For a split second I thought it was an eight. I thought I had gotten last place. I squinted a little harder and realized it was. three. I had won bronze,” he said.

“I can’t imagine silver or gold feeling any better especially with everything I had gone through. It was the greatest feeling ever.”

But behind his smile and celebration there was a shell of a swimmer drowning of depression. And all Hayden wanted to do was for it to end.

Hours after what should have been his greatest Olympic moment, in the midst of a party at a packed Canada House in London, Hayden took the stage and announced his retirement.

No warning. He didn’t even know he’d do it in that moment before stepping on the stage.

I didn’t see solutions to my back spasms or depression.– Brent Hayden

“One of the greatest fears I have is being one of those athletes who fade away. And having won the medal and having that moment, thanking everyone, I think I realized it was that high moment,” Hayden said. “I wanted that to be my final stamp on my career. I didn’t see solutions to my back spasms or depression.”

So he left, with the thought of never returning. He wanted to take control of his life, becoming a photographer and starting a swimming camp for children with his wife, Nadina.

And despite holding swimming camps throughout the seven years away from swimming, Hayden barely dipped his feet into the pool.

“Just going to the local leisure centre, all the memories of all the things that were painful. I didn’t enjoy it. I’d be rushing out of that pool,” he said.

It all changed last summer, however, during a three-month stay with Nadina in Lebannon, where they had been married years earlier, Hayden rediscovered his love for swimming.

It was in a pool on a mountainside in Beirut, while working with young children to film curriculum for his swimming camp.

“High up on the mountain looking down the valley. Hot Lebanese sun. That’s when all the good things I remembered about swimming came back,” he said.

“And the kids were so excited. They demanded I do some fast swimming for them. So I got my wife to film one length fast. Diving off the blocks.”

The swim felt fast, so fast Hayden got a stopwatch out and timed that swim on video.

He was astonished by his time.

“It was about what I normally go when I was training,” he said.

Hayden sent the video to swimming friends for validation. They approved. He started thinking about a return, a decision made final by the support of his coach and Swimming Canada after watching the video.

I just want to see how fast I can go.– Brent Hayden

“I reached out to them from Beirut. In my mind I predicted all these negative responses. Too old. No room for you. All these reasons why I couldn’t return,” he said. “When they emailed back they were fully on board to support this journey. That was a really good feeling.”

He has nothing left to prove anymore. The body pain and back spasms are gone. The depression has subsided. Brent Hayden is swimming with the joy he had as a kid, starry-eyed at the thought of one day competing at the Olympics.

Now he’s trying to get back to them one final time.

“I’m doing this for me. I love it. I think if I didn’t have those seven years off I would have never found that love for it again,” he said.