From QB to cop: Ex-CFLer Brandon Bridge hopes to change perception of police

From QB to cop: Ex-CFLer Brandon Bridge hopes to change perception of police 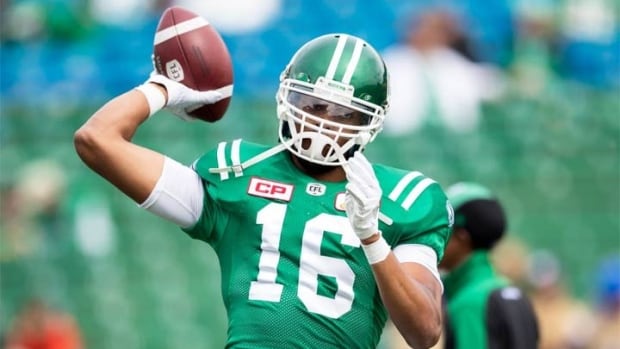 The 28-year-old lobbied for a rule change governing the ratio of Canadians and Americans playing in a game. The idea was to make it easier for teams to start a Canadian quarterback.

Now Bridge, who is Black, hopes to help change how police are perceived, especially by minorities. The quarterback, who spent five years playing in the CFL with Montreal, Saskatchewan, Toronto and B.C., is currently attending the Ontario Police College with the goal of becoming an officer with the Peel Regional Police.

“The badge is tarnished and I’m going to make a change,” said Bridge, who was born in Toronto and raised in Mississauga, Ont.

“I’m going to protect the Black brothers and sisters, and every other colour. When you show up to a call as a cop, a lot of people are scared [and] feel like they’re in danger. I want to change that stereotype.”

Police across North America have come under scrutiny following several killings by officers. The deaths of George Floyd in Minneapolis, Breonna Taylor in Louisville, Ky., and Rayshard Brooks in Atlanta at the hands of police ignited protests throughout the United States.

In Canada, relatives of a 62-year-old man who died in a police-involved shooting in Mississauga are asking for a public inquiry, while the shooting deaths of two Indigenous persons in New Brunswick have led to accusations of racism within the RCMP.

WATCH | Track and field athletes on using their platforms:

“I want to change mindsets and for people to trust, not just Black cops, but officers in general,” he said. “There are a lot of good [police]. I have a lot of respect for the men and women who do the service.

“I feel policing, it’s a job where you can’t have any bad apples. People are calling a police officer because [they] are literally their last hope. But if that last hope is still negative, then who else can [they] turn to? The [police] are supposed to turn up to help a situation and not cause more harm.”

Bridge says he understands the calls to defund the police and instead spend the money on mental health services and social service programs.

“I don’t see why you want to keep investing into something that’s giving you negative outcomes,” he said. “I don’t blame them for that.”

‘It starts by one’

As he did in the CFL, Bridge believes one person can make an impact on policing. He wrote about his decision to leave football for the police force and his experience with racism on Monday.

“It starts by one,” he said. “A lot of the movement starts off with one mindset and then it just grows. I’m not the first one but I definitely want to take it further than what is now.”

“If you’re seeing the same particular race or colour in a certain job, you kind of [see] what’s happening.”

Growing up, Bridge doesn’t remember facing any racism that “stuck in [his] mind.” He first encountered discrimination while attending the University of South Alabama, but being a football player “you were treated as royalty.”

He split last season between Montreal and B.C., but became frustrated with football when it appeared teams preferred signing American QBs to their Canadian counterparts.

Powered by protest, more Black athletes are speaking out against racism, but using their platform has limits. 1:46

Bridge became interested in policing while talking to officers at charity events.

On the field, a quarterback needs to be calm and show leadership. Bridge believes the same is true for a police officer.

“You can’t have a weak mind,” he said. “You have to be mentally strong.