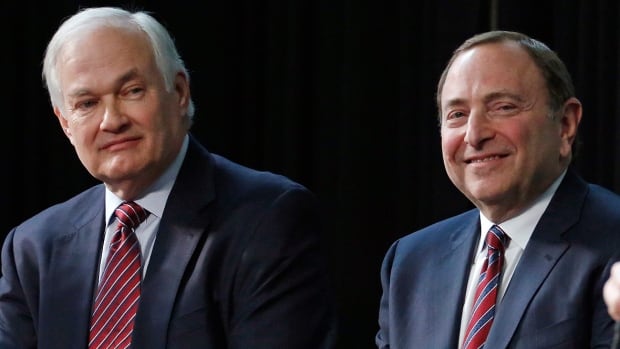 Both men also acknowledged there’s still plenty of work ahead to get the pandemic-hit season back on track.

The NHL and the NHLPA announced Friday the two sides had ratified the return-to-play plan and a four-year extension to the collective bargaining agreement through at least 2025-26.

With training camps now set to open Monday, 24 teams are set to travel to the hub cities of Edmonton and Toronto on July 26 before the games begin to count Aug. 1.

Deputy commissioner Bill Day said during Saturday’s video conference call with reporters a spike in novel coronavirus cases in Las Vegas — which had long been viewed as a hub front-runner — was among the reasons the league eventually decided on two Canadian markets to stage its restart.

And while the ink on the return-to-play protocol and CBA extension is still drying, the Edmonton Oilers and Toronto Maple Leafs both abruptly cancelled media availabilities scheduled for later Saturday. Bettman said there are still some final details to be ironed out with the Canadian government on the plan to hold games north of the 49th parallel.