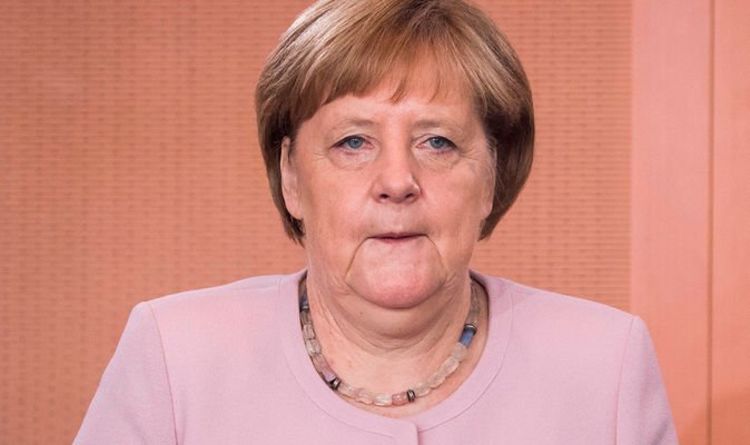 Sentix has released its latest confidence index, and claimed sentiment in the German economy has tumbled to its lowest level since 2010 off the back of a dented manufacturing sector and downgraded growth forecasts. Investor morale in Germany dropped to -0.7, entering negative territory for the first time since March 2010. Sentix Managing Director Manfred Huebner said: “This makes a recession very likely.” Sentix said the US-China trade war was continuing to have a negative impact on the German economy, with Beijing being the most important trading partner for Berlin outside the European Union.

The threat of trade tariffs from US President Donald Trump was also denting the financial sector, as well as increased talk about the need for more climate protection policies.

Mr Huber added: “The country’s key industry, the automotive industry, is still in a crisis of its own making.

“In this environment, the current governing coalition’s inability to act does not contribute to stabilisation.”

The research group said more than 900 investors took part in its survey which was conducted between June 6 and 8.

The warning from Sentix, which is a gauge of investor views, comes just days after the manufacturing sector slipped further into the red as the German economy continued to be buffeted by weakened factory activity.

IHS Markit’s Purchasing Managers’ Index (PMI) for manufacturing, which accounts for about a fifth of the economy, fell to 44.3 in May, close to its lowest level since 2012.

This is down on the 44.4 recorded in April and is the fifth month reading in a row below the 50 mark that separates growth from contraction.

It means the manufacturing sector has been in recession since January, dented by ongoing US-China trade war tensions and problems in the car sector.

The survey also showed employment had fallen the most in almost six and a half years.

Last week saw the DIHK Chambers of Industry and Commerce slash its 2019 growth forecast for the German economy to 0.6 percent from 0.9 percent.

This is down from an already lowered estimate of 1.0 percent, while initial GDP growth expectations for this year were once as high as 1.8 percent.

However, the German government is insisting momentum is expected to pick up in 2020 where growth of 1.5 percent is expected.

Sentix said its investor sentiment index for the eurozone fell to -3.3 in June from 5.3 in May.

Mr Huebner said: “The renewed escalation in the U.S.-China trade dispute is having a considerable impact on the eurozone economy.”