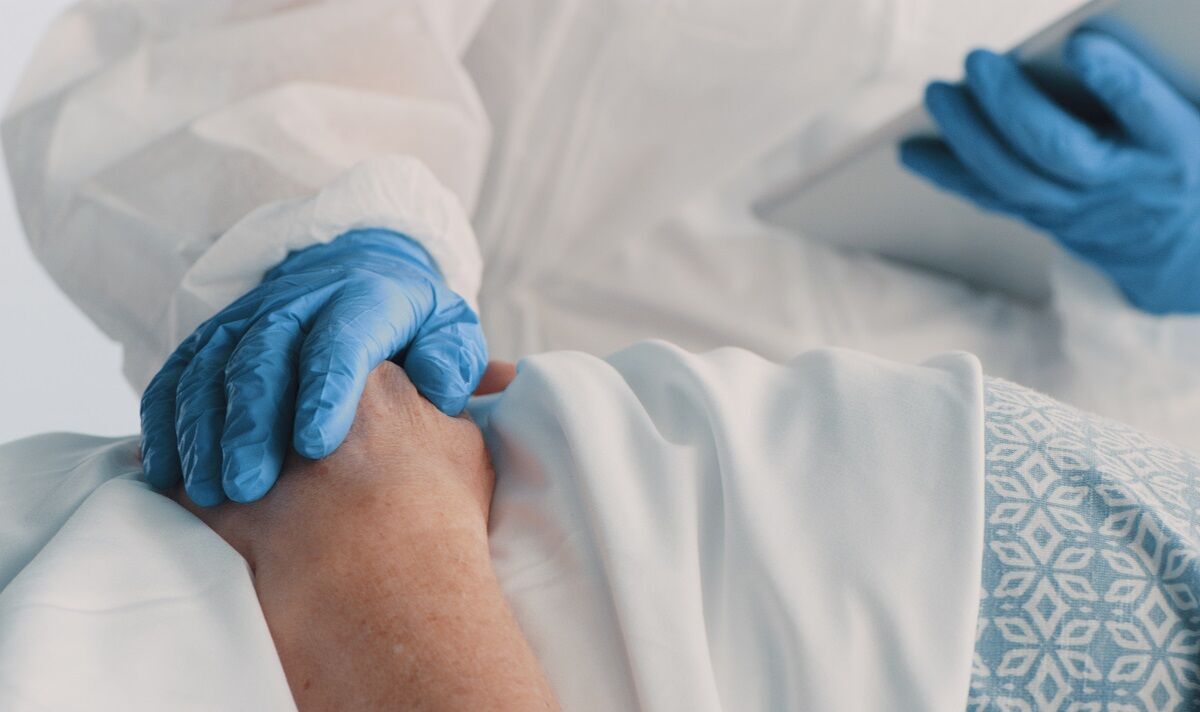 The condition – characterised by inflammation of the lungs – claims more than 25,000 UK lives in an average year,. Asthma and Lung UK said older people and those with chronic conditions are particularly vulnerable – and is urging those eligible to have a free NHS pneumonia vaccine this winter to cut their risk of infection by 50 to 70 percent.

The jab is offered to babies, those aged 65 and over, people with long-term conditions such as chronic obstructive pulmonary disease and severe asthma, and employees in high-risk occupations, such as metal workers and welders.

Sarah Woolnough, CEO at Asthma and Lung UK, said: “It’s shocking the UK has the most deaths from pneumonia in Europe.

“The state of lung health isn’t good enough and we must do better to protect people from life-threatening chest infections like pneumonia.

“This winter will be hard on the nation’s lungs, with higher rates of respiratory infections and many people struggling to stay well due to colder homes and fewer food choices.”

Pneumonia is usually triggered by a bacterial infection or a virus such as flu. It causes tissue in one or both lungs to swell or become inflamed.

It is a leading cause of hospital admissions in winter, piling extra pressure on a strained NHS.

The UK has the highest number of deaths from lower respiratory tract infections per year in Europe, eight in 10 of which are caused by pneumonia, figures show.

It also has the third highest mortality rate when population size is taken into account, behind only Portugal and Monaco.

Ms Woolnough added: “The best thing you can do if you have a lung condition is make sure your vaccines are up to date.”

Mum Jardine Howlett ended up in a coma after she suffered pneumonia – and is now urging everyone eligible to have their vaccinations.

The 39-year-old dialled 999 herself after she felt unwell one night and later woke up gasping for breath.

She said: “It was absolutely terrifying. There wasn’t time to kiss or hug my boys goodbye as I was rushed to hospital with lung failure, coughing up blood in the back of an ambulance.

“Within minutes of arriving, I was hooked up to antibiotics, transferred to the ICU and put in an induced coma. It turned out I had pneumonia, caused by a bacterial infection.”

Public relations manager Jardine, of West Sussex, was in hospital for almost three months in 2017 and, even now, can still suffer side effects such as chest pains.

The public relations manager said: “I was lucky to return home at all.

“Pneumonia can affect anyone, at any age and trigger rapid life-threatening complications. I want to encourage everyone, especially those who are vulnerable, to keep up to date with their vaccines.”