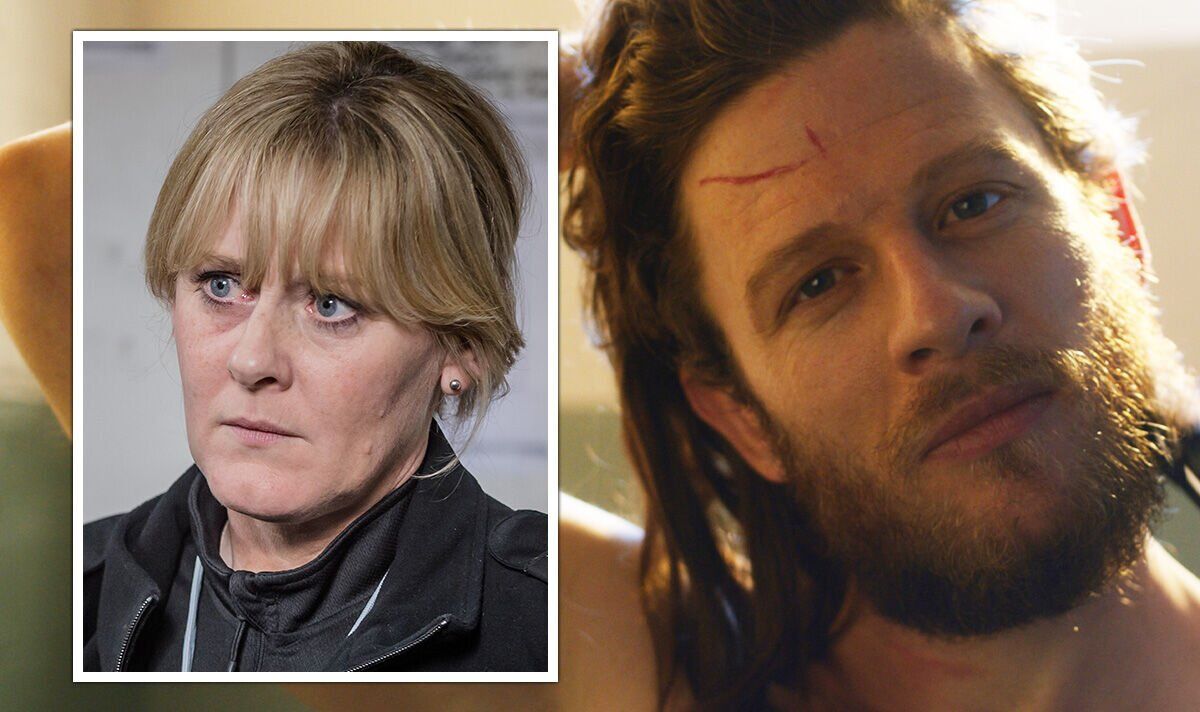 Happy Valley fans were left on the edge of their seats following Sunday night’s dramatic instalment of the BBC crime drama. During episode four of season three, Tommy Lee Royce (played by James Norton) went on the run, Joanna Hepworth’s (Mollie Winnard) lifeless body was found in a suitcase by her abusive husband, and the police were planning Catherine Cawood’s (Sarah Lancashire) retirement party. Ahead of the Sally Wainwright series ending, James paid tribute to a co-star who worked on the “insane” final episodes.

Tommy looked like a different person when his beard and long hair were cut off in prison for his murder trial in Leeds.

His son Ryan Cawood (Rhys Connah) decided to go against his grandmother Catherine’s wishes and attend the court hearing but he was left in shock when he saw his journalist grandfather Richard Cawood (Derek Riddell) in the courtroom.

Behind the courtroom’s doors, a criminal operation was underway to enable Tommy’s escape from the building.

The murdering rapist managed to climb out of the dock, run into a nearby shop, arranged by his criminal contacts, and change into professional cycling attire, complete with a road bike, helmet and sunglasses, as a disguise.

The dramatic episode ended with the psychopath riding away from the city centre after evading police officers.

Catherine is unaware Tommy, who raped her daughter Becky before she took her own life, is on the run.

She warned her work superiors to ensure enough security was in place for Tommy’s court hearing, but her request fell on deaf ears.

Tommy knows where Catherine lives – so will there be a Happy Valley showdown between the pair soon?

Tommy actor James retweeted Fergus and shared in light of his 80,000 followers: “Fergus is one of the best directors I’ve worked with. The next few episodes are insane!”

There are just two episodes left of Happy Valley to air on BBC One before viewers have to bid farewell to Catherine and the rest of the cast forever.

Writer Sally recently opened up to Radio Times about why the third season of Happy Valley is the last.

She said: “After season two of Happy Valley, I had a pretty clear idea of what I wanted to do next.

“It involved Ryan being old enough to have some agency in the world and to have some more developed opinions about his dad.”

Sally added: “There was a conversation about recasting Ryan, but Rhys [Connah] was keen to play the part again and he’s great.

“I think we’d have had a very different show if we’d recast. It wouldn’t have had the same feeling because Rhys has a lovely vulnerability about him.”

Happy Valley continues on Sunday at 9pm on BBC One.