Playing professional hockey in Switzerland is no holiday for Daniel Winnik.

That’s why Winnik, who plays for Genève-Servette HC of the Swiss National League, has signed a petition asking that Canadian professional hockey players returning home from overseas be placed on the COVID-19 essential travelers list and be exempt from a mandatory three-day hotel quarantine.

“I know there’s a bunch of ‘Snowbirds’ who go to Florida and southern places to get away from winter,” Winnik, a Toronto native who spent 11 seasons in the NHL, said from Geneva. “We’ve got guys that come over here to work. Obviously, all of us would love to be playing in North American in the NHL or AHL but the reality is we couldn’t get jobs there.

In February, the federal government introduced measures that call for most air passengers to take a COVID-19 test after landing in Canada and spend up to three days of their 14-day quarantine period in a designated hotel to await their test results. The hotel stay could cost up to $2,000.

Maxim Noreau, a Montreal native who plays defence for the ZSC Lions in Zurich, estimates the mandatory hotel quarantine will cost around $4,000 for him, his wife and two sons.

“We are all here overseas trying to earn income to supply for our families and coming back to Canada is a big stress for us, especially with my two little boys,” Noreau said in an email.

“Coming back to Canada is a safe haven for us and we 100 per cent want to quarantine in our own home for 14 days as we would expect everyone else to do the same without bias.”

The petition, on Change.org, says Canadians playing hockey overseas are there “for their livelihood” and “putting these individuals and their families into the same category as travellers/vacationers would be unfair.”

The Public Health Agency of Canada said in an email it is aware of the hockey players’ petition, but said the border measures are in place to prevent the introduction of new COVID-19 cases.

The government has issued exemptions to the mandatory 14-day quarantine period under national interest grounds for professional athletes, staff and third-party personnel “to support safe return-to-play when robust measures are in place to mitigate the risk of importation and spread of COVID-19 in Canada.

“These exemptions are not intended for professional athletes returning to Canada,” the agency said. 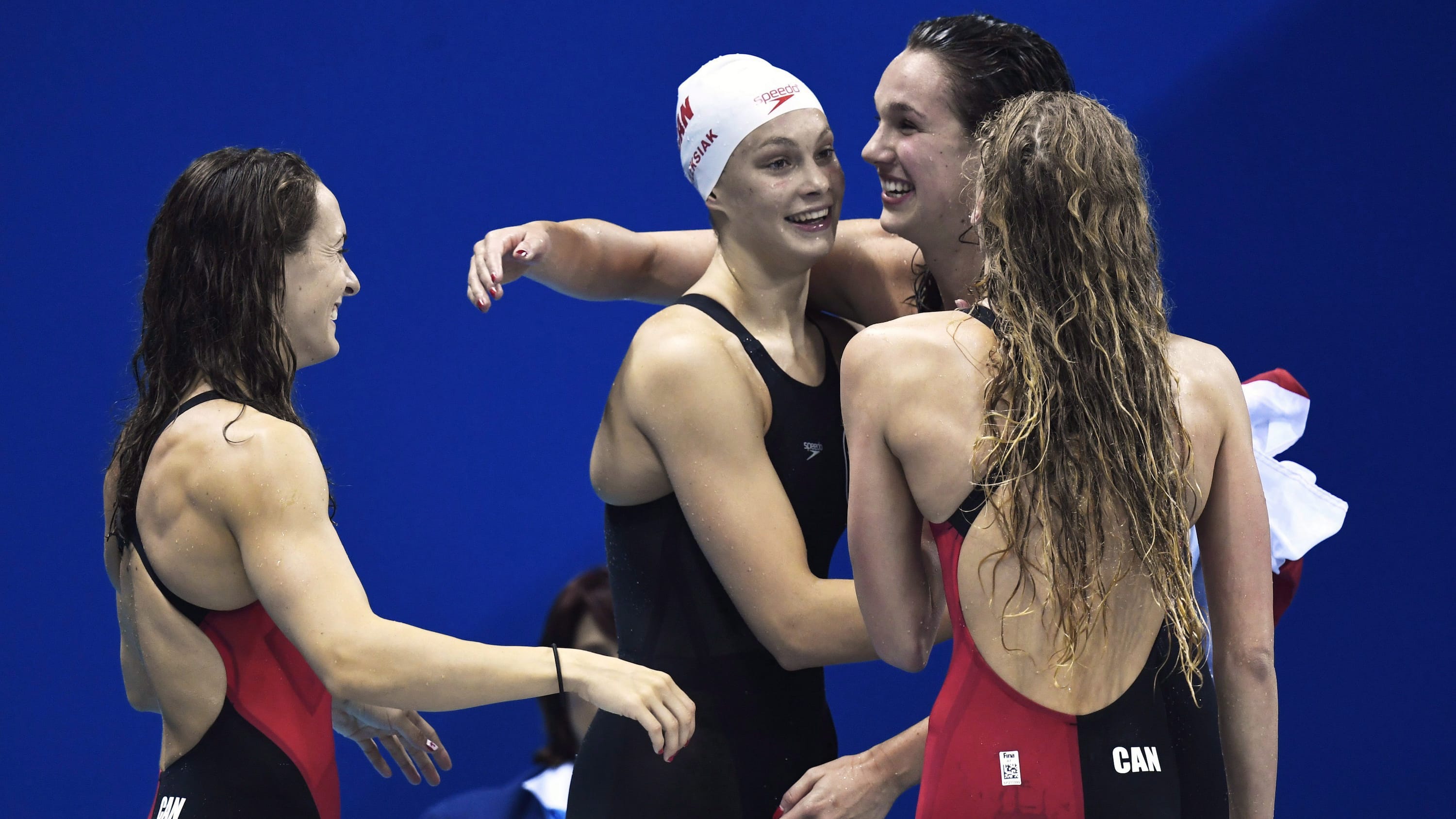 No difference between vacation, working

“I don’t really see the [argument of] vacationing versus work destination,” she said. “COVID spreads among people. So, if you are in close proximity, whether it is through work, whether it’s through playing hockey or playing and vacationing, it makes no difference.”

Ho acknowledged the mandated hotel stay can impose a financial hardship on some people.

“The government should make it as affordable as possible for people to do those three days,” she said.

Canadian Heritage Minister Steven Guilbeault recently said the federal government has agreed to offer 750 Olympic and Paralympic athletes — along with members of their support staff — exemptions from some quarantine-related travel restrictions in the lead-up to the Olympics.

Ho understands the exemption for Olympic athletes who have lived in a bubble and have been routinely tested.

“That’s why you can show their risk of being infected is very low,” she said.

Winnik was taken 265th overall in the 2004 NHL draft by the Phoenix Coyotes. A six-foot-two, 210-pound forward he would play 798 games — scoring 82 goals and 251 points — with eight teams, including the Toronto Maple Leafs.

Winnik has played the past two seasons with Genève-Servette, collecting 22 goals and 44 points in 49 games this year.

Winnik’s team is currently in the playoffs, but the season is over for many other Canadians who are looking to return home. The mandatory hotel stay adds another cost.

“It’s a lot of money,” Winnik said. “They’re asking people to pay to be able to return home to where they’re from.”