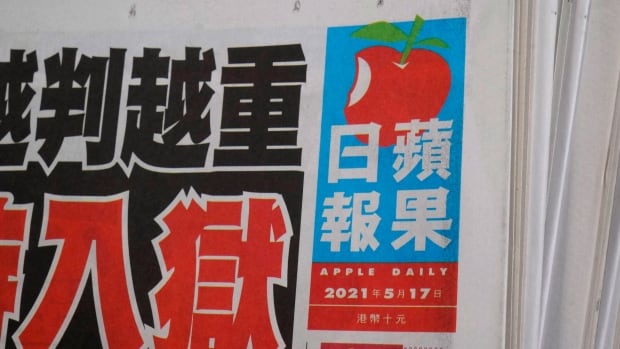 Hong Kong police on Thursday arrested the chief editor and four other senior executives of the pro-democracy Apple Daily newspaper under the national security law and were searching its offices, media reported.

Apple Daily, the South China Morning Post and other local media said those arrested were Apple Daily’s chief editor Ryan Law, Cheung Kim-hung, the CEO of Next Digital, which operates Apple Daily, as well as its chief operating officer and two other editors.

The government said in a statement that Hong Kong’s National Security Department had arrested five directors of a company for “suspected contravention” of the national security law.

Four men and one woman aged between 47 and 63 were arrested on suspicion of collusion with a “foreign country or with external elements to endanger national security,” according to the statement, which did not name those arrested.

More than 200 police officers entered Apple Daily’s offices on Thursday morning with a warrant to carry out a search, local media reported.

The government said in a statement that police had a court warrant and searched a media organization on Thursday for evidence of a suspected violation of the national security law.

It is the second time that Hong Kong’s police force has conducted an operation on Apple Daily, with police arresting founder Jimmy Lai and other executives last year on suspicion of national security law violations or fraud.

Lai is currently serving a prison sentence for his role in unauthorized assemblies in 2019, during a period when Hong Kong saw massive anti-government protests.