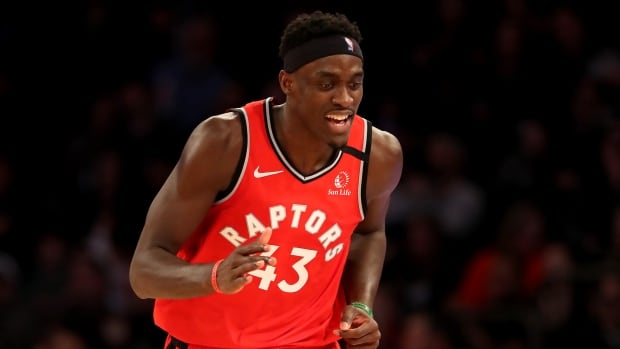 At long last, it’s time to see whether the defending champion Toronto Raptors can run it back.

The Raptors were riding a four-game winning streak, capped by a solid road win in Utah on March 9, when Jazz centre Rudy Gobert tested positive for the coronavirus, prompting the league to suspend the season.

Toronto had been enjoying a surprisingly successful campaign: second in the East after losing Kawhi Leonard and Danny Green in free agency, thanks largely to the emergence of Pascal Siakam as an all-star.

Now, the title defence picks up nearly five months later from the ESPN Wide World of Sports complex at Disney World in Lake Buena Vista, Fla., where 22 teams will live in a bubble environment to prevent the spread of the coronavirus as the rest of the season is played out.

Players began arriving in early July and are tested daily for the virus.

The road to the NBA Finals will be familiar in some ways. After eight regular-season games to finalize playoff seeding, the NBA will launch its regular playoff format, with one twist for teams in contention for the eighth seed.

The Raptors aren’t worried about that. Sitting 6.5 games behind the No. 1 Milwaukee Bucks, Toronto likely won’t be able to improve its position. Meanwhile, the Boston Celtics sit three games back of the Raptors — a tough gap to make up in just eight games, but definitely possible.

The bubble, then, seems to be working, even as some players have left and re-entered.

New Orleans Pelicans phenom Zion Williamson left for a family emergency, but after four days of quarantine — and daily negative tests — upon his return, was cleared to rejoin his team. Los Angeles Clippers guard Lou Williams left for a similar reason, but was caught going for wings at a strip club in Atlanta. He’s currently back in Florida in the middle of a 10-day quarantine because of that visit.

The NBA will use three courts at Disney: The Arena, Visa Athletic Centre and HP Field House. Players, when on the sidelines, will sit in assigned chairs, physically distanced from each other.

Of course, they’ll eventually get up and sweat on each other on the court. But the optics are nice.

For fans, the league has been experimenting with fake crowd noise from the NBA2K video game. A live feed featuring 300 virtual fans projected along the sidelines will be used for some games.

During Raptors games, play-by-play man Matt Devlin and analysts Jack Armstrong and Leo Rautins will do their jobs from studios in Toronto.

Fans will also notice that player names will be absent from the backs of jerseys for the first four days of games. As part of the NBA’s social justice movement, players were allowed to choose from a list of 29 league-approved messages to wear on their jerseys instead.

After the first four days of games, the messages will remain, but player names will be restored below the numbers on jerseys.

The phrase, ‘Black Lives Matter’ will also be painted on all three courts. And it’s expected players will participate in some form of demonstration during the playing of the American national anthem, and perhaps during the Canadian anthem too. At the WNBA opener, players left the court before the anthem played.

It was just one year ago the shine of a championship began to fade and questions arose about the new-look Raptors. Sure, they maintained the guts of their roster, but gone were two key starters in Leonard and Green.

The 2019-20 Raptors answered those questions emphatically. Led by the veteran Lowry, the Raptors evolved into a plucky, hard-working, intelligent basketball team. At the pause, Toronto ranked second in defensive rating (points allowed per 100 possessions) while maintaining 12th in offence.

Placing in the top 10 in both categories is typically the sign of a true title contender, and the Raptors nearly managed it while overcoming injuries to almost every player of significance on the roster.

Now, the team is finally healthy, Marc Gasol got skinny and the players seem ready to prove themselves on the Florida stage.

Nurse will be key during the post-season. Likely to win coach of the year, he proved his adaptability in last year’s playoff run, from switching Leonard onto Bucks star Giannis Antentokounmpo in Game 3 of the conference finals to coming up with creative defensive solutions to stop Stephen Curry in the Finals.

Similar adaptability should be of utmost importance amid these unusual circumstances.

But Antentokounmpo stands in the Raptors’ way once again. His Bucks improved on last year’s impressive regular season, but now have even more to prove after fizzling out in the playoffs. The Greek Freak is in line to win consecutive MVP awards — and may have used quarantine to improve his one weakness: shooting.

Leonard, last season’s answer to Antentokounmpo, now plies his trade for the L.A. Clippers. That means Siakam and third-year forward OG Anunoby will be forced into bigger defensive roles, should the Raptors and Bucks meet.

It also means team defence, the Lowry identity and Nurse’s creativity — qualities that made these Raptors who they were — must stand out even more in order to reach a second-straight Finals.

The longest one-season championship reign ever will soon come to an end. Can some Disney magic help the Raptors make it two in a row?