Sage Watson has competed safely on the track during the pandemic, travelling from her Arizona home to Hungary and Sweden, and more recently to Arkansas.

The Jan. 24 American Track League meet on the university campus in Fayetteville was a one-off — a chance to have fun and test herself in a 300-metre race early in the year — since the Canadian hurdler plans to spend the balance of the indoor season in training.

“I’m in a building phase of training to increase my strength and endurance,” said Watson, who has been working out at the University of Arizona — her alma mater — since October. “The main goal is getting ready for the Canadian trials [from June 24-27] and Olympics.”

A Tokyo Olympics, Watson stressed, she would “happily” travel to and compete at this summer without getting a COVID-19 vaccine.

“The Olympics are a time when kids and people are inspired,” said the Canadian record holder in women’s 400 hurdles. “It’s a time when the world comes together despite political, social and economic differences.”

In a published report of a survey conducted last May by the Canadian Mental Health Association and University of British Columbia, 40 per cent of about 3,000 people said their mental health had deteriorated since the coronavirus outbreak began last March.

Also, 10 per cent of Canadians acknowledged having suicidal thoughts in September, according to the CMHA, up from six per cent last May and 2.5 per cent in 2016.

“The world needs these Games. The number of people committing suicide now is absolutely crazy and sad. Mental health is at an all-time low,” Watson said.

While Japan was lauded for containing the coronavirus during its initial wave, it experienced a major spike in November and December. Total cases reached over 372,000 by Jan. 28, with 12 prefectures in an official state of emergency, the latter of which doesn’t surprise the 26-year-old Watson.

“Well, of course cases are on the rise in Japan and across the world. [Also] it’s flu season, a time when people are indoors and viruses are more easily contracted,” said Watson, who was born in Medicine Hat, Alta., and spent the first four months of the pandemic taking a mental break at her family ranch in the nearby hamlet of Seven Persons.

“That doesn’t mean they will be on the rise in July and August [during the scheduled Olympics]. It’s not a concern of mine and the Canadian Olympic Committee and International Olympic Committee are going to do everything possible to keep us [athletes] healthy and safe.” 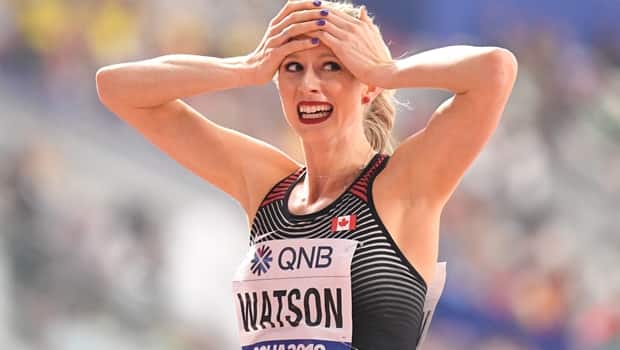 David Shoemaker, CEO of the COC, has said a report from The Times of London stating the Japanese government has decided the Tokyo Olympics must be cancelled is “categorically untrue,” adding the IOC is committed to staging the Games this summer while “we continue to plan on the assumption that vaccines may not be widely available to our athletes prior to the Games.”

“The Canadian Olympic Committee has confidence that the Games can be staged safely,” Shoemaker posted to his Twitter account on Jan. 21. “We continue in our preparation to participate at Tokyo 2020 with a focus on the health and safety of our athletes, their families, and their communities.”

Watson agreed with several Canadian Olympic champions who weren’t pleased with Canadian IOC member Dick Pound’s recent suggestion that athletes must be given priority access to the coronavirus vaccine.

“We are some of the healthiest people in the world and the [COVID-19] death rate [among] young and healthy people is very, very low,” the 2019 Pan Am gold medallist said. “If athletes don’t feel safe going to the Olympics, they have the right to decide not to go. We should be able to make that decision for ourselves.”

WATCH | For Watson, running a ranch takes back seat to Olympic dreams: 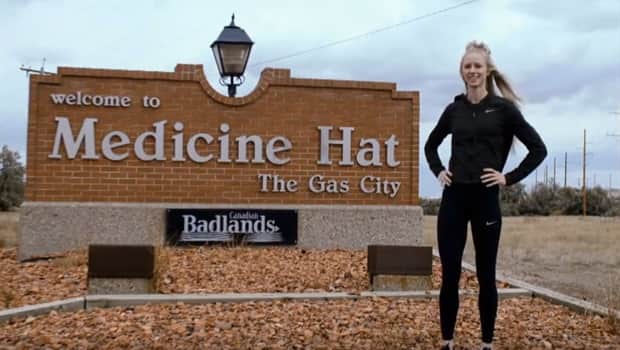 One day Sage Watson will run a ranch under the big sky in Medicine Hat, but for now her dreams of running in the Olympics are front and centre. 3:09

For now, the 2017 NCAA outdoor champion will continue training six days a week — two weight sessions and four track sessions with active recovery days — before focusing on additional speed and hurdle workouts ahead of the outdoor season.

Following her abbreviated 2020 campaign, Watson vowed to lower the Canadian record in pursuit of an Olympic medal after she placed 11th and didn’t qualify for the 2016 final in Rio. Her 54.32-second performance in the semifinals at the 2019 track and field world championships was 7-100ths faster than Rosey Edeh in the 1996 Olympic final at Atlanta.

“I think, for sure, I’ll be able to run 53 seconds,” said Watson, the world’s ninth-ranked women’s hurdler at the 400 distance. “I think 52-high is possible, too. It’s a matter of continuing to stay healthy, staying on top of my training and making sure I’m getting in good competitions.”