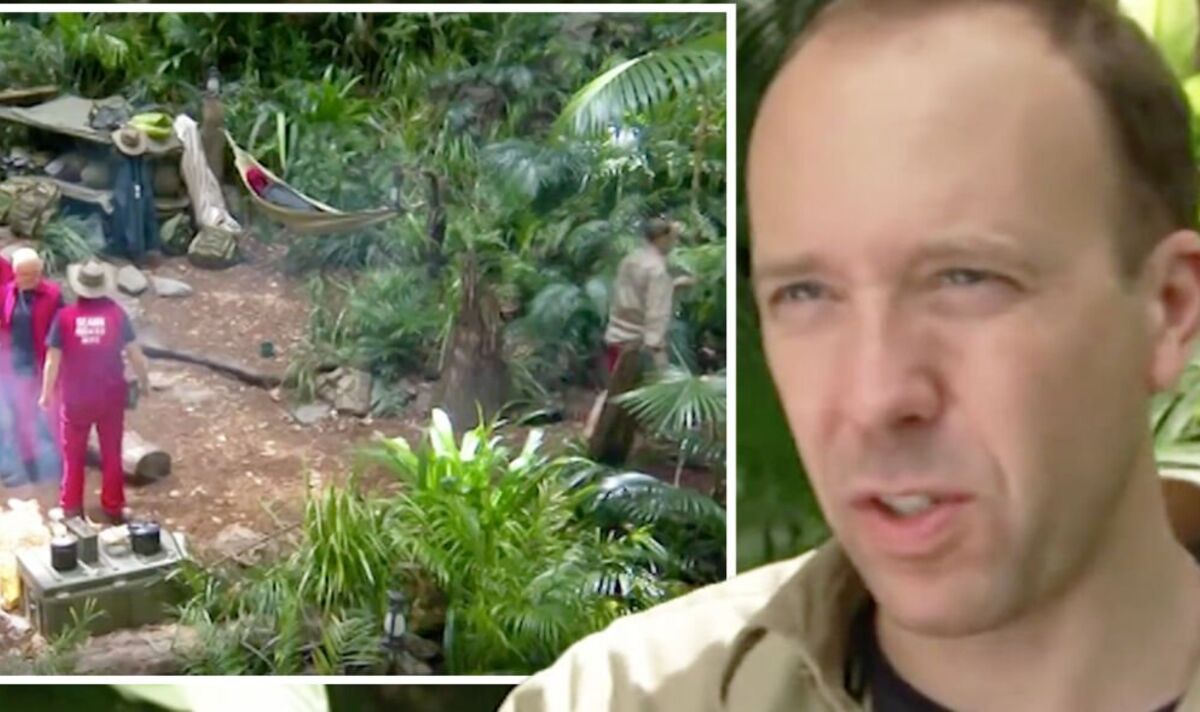 I’m A Celebrity… Get Me Out Of Here! viewers picked up on an awkward “snub” to Matt Hancock as they tuned into Thursday’s instalment of the ITV reality show. As the 22nd series of the popular show, fans are well aware of the traditions that have been established in that time. One such tradition sees contestants seeing off their campmates who have been appointed to do the trials, offering support as they cross the iconic bridge. However, some spotted that the MP was left to make the journey alone ahead of his Bushtucker Trial.

The former health secretary faced a gruelling task after being voted by the public to do Tentacles of Terror.

The trial saw him having to dip in and out of water within a secluded section to collect the 11 stars on offer while snakes, crocodiles and other critters surrounded him.

As he set off on the trial though, he was noticeably alone as he approached the bridge.

Fans quickly pointed out the apparent snub, with Twitter user Louise Victoria writing: “Not Matt Hancock walking to a trial on his OWN! I’ve NEVER seen that before…. The camp has spoken…. #ImACeleb.”

Denise Chester added: “All of the camp …Get to feck Matt the twat and walk to the bridge on your own #ImACeleb,” followed by a laughing emoji.

Heather Pike shared: “I think that’s the first time I’ve ever seen someone go to a trail and not have campmates accompany them to the bridge #ImACeleb.”

Sophie Fox sympathised, however: “No one walking Matt to the bridge is kinda sad #ImACeleb.”

Nadiya Shafique commented: “No one walked matt hancock to the bridge… did anyone else catch that?? #ImACeleb.”

Scarlette Douglas had a private chat with Matt ahead of his trial in an attempt to clear the air after he received a lukewarm reception from the campmates on Wednesday.

“Right, I want to say this morning because I don’t like to leave things in, there’s a lot of things that happened with you… during the times,” she explained to the MP.

She continued: “Which does make it difficult because people are angry and upset.

“And there are a lot of emotions running high. we’re not going to ever exclude anyone, we want to make sure that everyone’s a family.