On a humid and rainy mid-July night in 2017, thousands of Indigenous athletes from across Turtle Island started gathering at the Aviva Centre in Toronto, preparing for the North American Indigenous Games opening ceremony.

The excitement and anticipation was palpable as a round dance broke out on the street and drums reverberated outside the stadium. Every athlete was carrying a Team 88 flag. Inside the stadium there were Team 88 flags on every seat for spectators.

In the 200 level suites, which mostly included government leaders, stakeholders and policymakers, there were Truth and Reconciliation Calls to Action pocketbooks waiting for every dignitary.

The number 88, in recognition of the TRC’s Calls to Action, became the rallying cry of the Games.

“We call upon all levels of government to take action to ensure long-term Aboriginal athlete development and growth, and continued support for the North American Indigenous Games, including funding to host the games and for provincial and territorial team preparation and travel.”

Chief Executive Officer of NAIG, Marcia Trudeau-Bomberry, remembers how inspired she was that evening — and believed that the policy makers and politicians in attendance were fully grasping what sport meant to Indigenous youth.

“We were trying to demonstrate through the opening ceremony the connection between culture and sport for the people who were there,” she told CBC Sports. 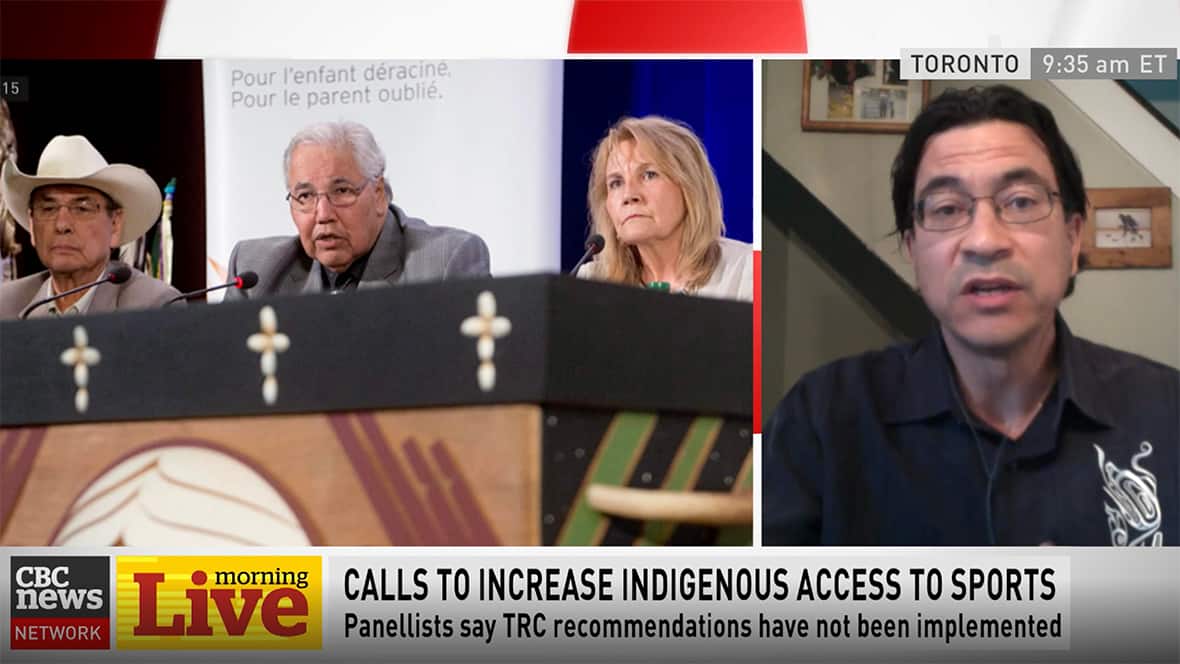 Five years ago today the TRC’s results were released, including 94 “calls to action.” Nos. 87 to 91 called upon governments, national and international sporting officials to collaborate with Indigenous Peoples on several fronts. Those included:

“Sport has the power to heal,” Chief Wilton Littlechild said that July evening. “It’s finally coming around. People are experiencing sport and traditional games as an avenue to heal.”

There was momentum and a spotlight being put on the importance of sports as an avenue for change within the Indigenous community during that athletic and Indigenous celebration in 2017.

Trudeau-Bomberry knows all too well the power of sport within Indigenous communities. In fact, much of Trudeau-Bomberry’s life has revolved around sport, from her early days watching her parents curl, to playing lacrosse at Brock University, and now in her role as Chief Executive Officer for the Anishinabek Nation secretariat.

At home on the First Nation, a six-hour drive from Toronto on the eastern part of Manitoulin Island, Trudeau-Bomberry is with her husband and three young children. She’s now seeing in clear view of the gaps that exist in youth community sport programming on First Nations.

“Being at home in the community, having young daughters who you want to be involved in sport, and the opportunities aren’t necessarily there,” she said.

“Community-based sport in First Nations is a challenge, especially in a pandemic. But I think now more than ever we need to find ways to continue to be active in our homes, yards and out on the land.”

Trudeau-Bomberry says she’s cautiously optimistic about the future, specifically pointing to Canada’s acknowledgement of the United Nations Declaration on the Rights of Indigenous People (UNDRIP).

She says it’ll be crucial that Indigenous leadership and community members are at the heart of creating sporting programming in the future — one of the biggest concerns is around funding to sports programs as governments try to recover economically from the pandemic.

“The voices of the people in the community are what we need to be listening to in terms of making sure access and safe participation are being met,” Trudeau-Bomberry said.

WATCH | Where does Indigenous sports stand?: 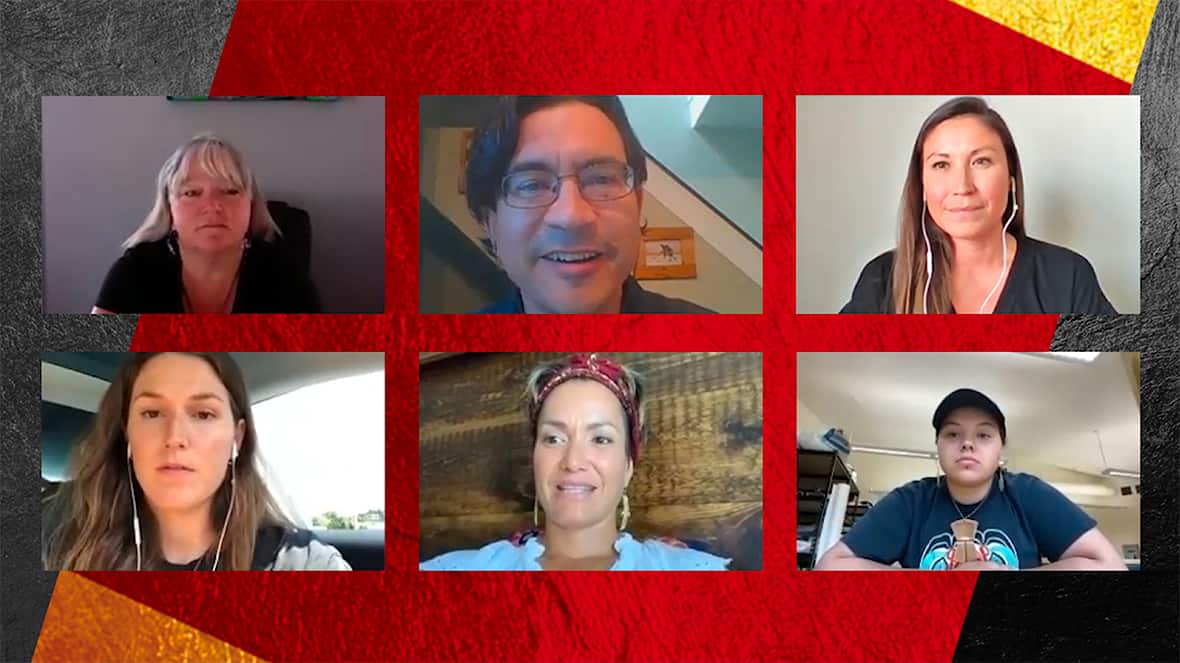 McCue was alongside Canadian Olympian Waneek Horn-Miller as well as:

At the age of 14, Horn-Miller spent months on the front lines of resistance during the 1990 Oka Crisis and was stabbed in the chest by a soldier’s bayonet.

She won a gold medal at the 1999 Pan American Games and co-captained the first Canadian women’s water polo team in the 2000 Olympic Games in Sydney, Australia.

During the discussion, Horn-Miller said developing as an athlete was “a cornerstone” in rebuilding her self-confidence while facing discrimination in Canadian and international sport institutions.

Implementing the TRC’s calls to action can become a way to address systemic racism in other areas, she said.

“I think sport has this incredible capacity to make change,” she said.

Trudeau-Bomberry overwhelmingly agrees with Horn-Miller and echoes her comments regarding the importance of sport in the lives of Indigenous youth.

“It saves lives,” she said.