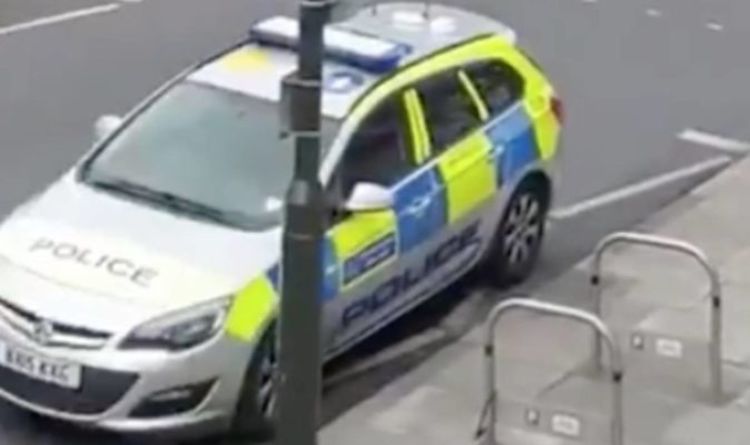 Police were called to an address on Monarch Parade in Mitcham at 4pm, Tuesday afternoon, with reports that two people were injured. The young girl and a woman, 35, were found inside and taken to hospital by London Ambulance Service.

The girl died shortly afterwards. Police say that her family have been informed.

The Met said: “The woman, aged 35, has been taken to hospital where her injuries are deemed life-threatening.”

Further details into the incident are not yet known, but police have said they are not looking for anyone else in connection with it at this early stage.

No arrests have yet been made, and police enquiries into the incident are ongoing.

In a statement, the Met said: “A post-mortem examination will take place in due course. Officers remain in the area and a crime scene is in place.”

Photos posted to Twitter show a number of police cars and vans parked outside of properties, while others appear to show an air ambulance taking off from the area.

Meanwhile, following a separate case last week that is not linked, detectives are still appealing for information after a man was shot in Mitcham on June 21.

As of June 22, officers said there have been no arrests and that enquiries continue.

Detective Sergeant Jo Ross of Specialist Crime urged anyone with information to come forward, “no matter how unimportant it may seem”.

Detective Ross added: “I know that someone out there knows the person responsible for this. Please don’t stay silent and help this person hide.

“If anyone has any footage of the incident or the event, please share it with us and help us piece together what happened so we can bring the person responsible to justice.”

The officer said that there had been “a number of unlicensed music events” and other gatherings in south west London on the weekend of June 21.

Chief Supt Benatar added: “We are still in the midst of a pandemic and we are trying our hardest to keep everyone safe.

“A number of people have continued to put themselves and others at risk by gathering in large groups.”