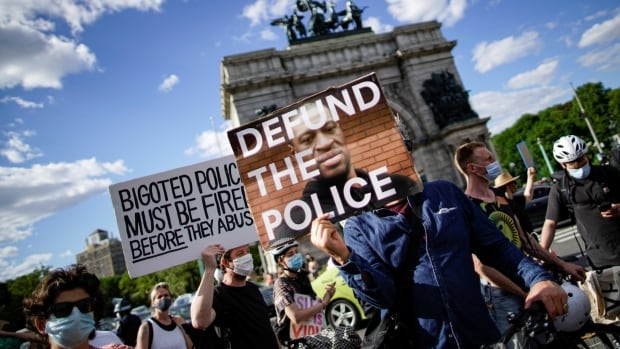 Minneapolis City Council members are speaking up in support of radical changes in their city’s police department.

Nine of the council’s 12 members appeared at a rally in a city park Sunday afternoon and vowed to end policing as the city currently knows it.

Council member Jeremiah Ellison promised that the council would “dismantle” the department.

Minneapolis was the centre of both violent and peaceful protests following the Memorial Day death of George Floyd.

Floyd, a black man in handcuffs, died after a white officer pressed his knee on Floyd’s neck, ignoring Floyd’s “I can’t breathe” cries and holding it there even after Floyd stopped moving.

Community activists have criticized the department for years for what they say is a racist and brutal culture that resists change.

The state of Minnesota launched a civil rights investigation of the department last week, and the first concrete changes came Friday when the city agreed to ban chokeholds and neck restraints.

A more complete remaking of the department is likely to unfold in coming months.