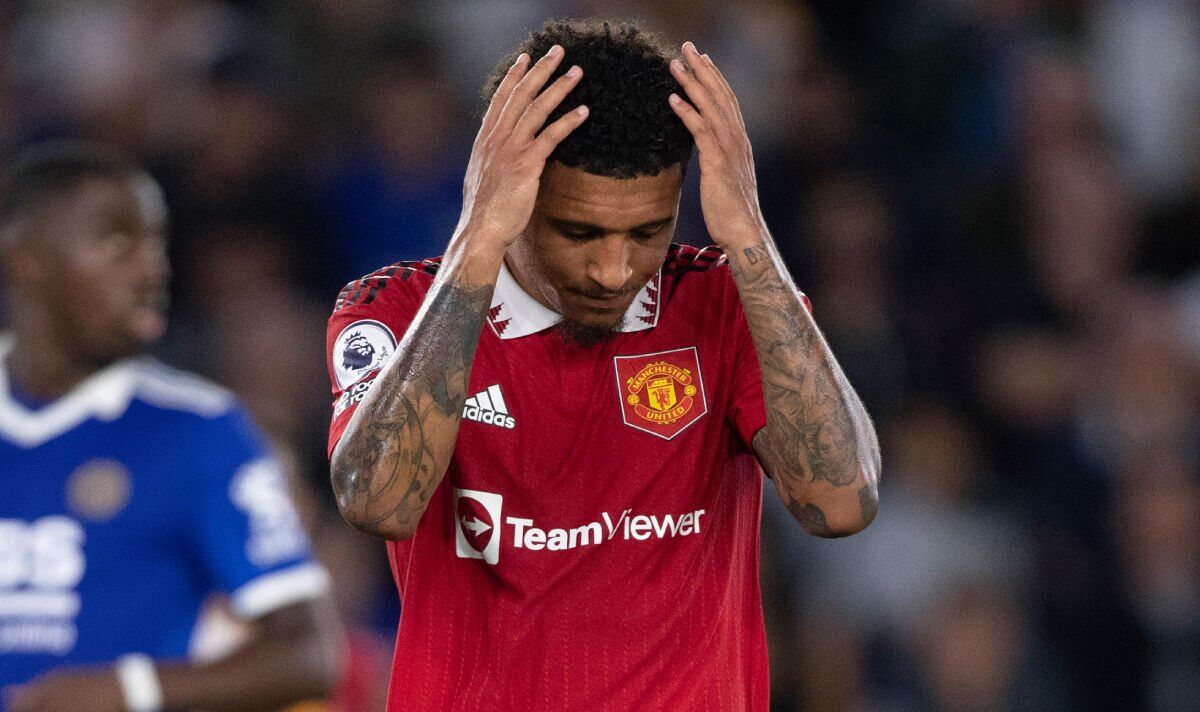 Jadon Sancho’s England World Cup snub shows the brutal reality of his Manchester United career. There was little surprise when Sancho’s name did not appear in Gareth Southgate’s 26-man squad for Qatar – pointing to a wider problem at Old Trafford.

Erik ten Hag’s appointment at United in May offered hope that Sancho could overcome a disappointing maiden campaign with the Premier League club. The 22-year-old had started slowly following his £72million transfer from Borussia Dortmund, perhaps caused partly by the unexpected return of Cristiano Ronaldo whose move had overshadowed Sancho’s.

But Sancho has failed to improve on last season’s performances under Ten Hag. there was early signs of promise – a wonderfully taken goal in August’s win over Liverpool and a second cool finish a week later against Leicester offered a sense that the former Manchester City prospect had finally settled.

Those moments have been sparing, though, and Ten Hag must now find a way to get the best out of Sancho. A player who once seemed destined to be a mainstay in the England team now seems as far away as he has ever been.

The United boss appeared to warn Sancho about his stalled career a couple of weeks ago, urging the attacker to build on his excellent pre-season. The Dutchman wants the South Londoner to become a prolific scorer, just like he did in Dortmund.

“Yes, I think he can [become a prolific goalscorer]. He has the capabilities and he did it also in a different league, but this is Premier League, so the intensity is higher, so he has to adapt to that, mentally and physically. The capabilities are there, the skills.”

Sancho had made the brave move to move to Germany as a 16-year-old, and it was in the Bundesliga where he became well renowned for his productivity. He left Dortmund in 2021 having scored 50 goals and provided 64 assists in 137 appearances.

That form has not been translated at Old Trafford – with intrinsic and extrinsic factors playing a part. Sancho has scored just eight goals and provided a meagre four assists in 54 games.

Those ahead of him in Southgate’s thinking have performed far better in the final third. Bukayo Saka, Raheem Sterling, James Maddison, Jack Grealish and Phil Foden all contribute more to games in which they are involved.

Perhaps not being included in the World Cup squad will be Sancho’s wake up call that he sits at a crossroads. Southgate will be first to hope that a more productive and more confident Sancho will be hitting form going into Euro 2024.