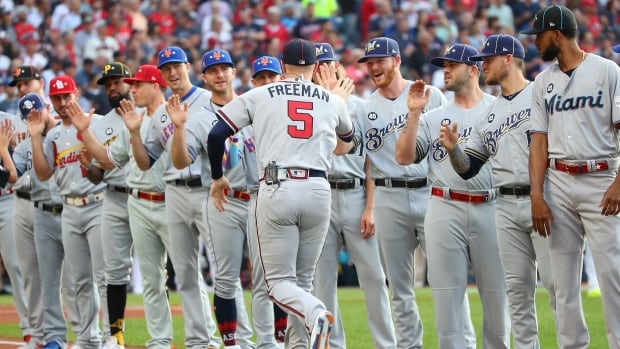 MLB had awarded the game to Atlanta on May 29, 2019, and the game was scheduled for July 13 as part of baseball’s midsummer break that includes the Futures Game on July 11 and Home Run Derby the following night. But Commissioner Rob Manfred made the decision to move the all-star events and the amateur draft, which had been scheduled to be held in Atlanta for the first time.

The entire announcement from MLB about moving the all-star game out of ATL <a href=”https://t.co/qVmV3KrDCz”>pic.twitter.com/qVmV3KrDCz</a>

The Braves statement regarding the moving of the MLB All-Star Game: <a href=”https://t.co/0Iapm3eIre”>pic.twitter.com/0Iapm3eIre</a>