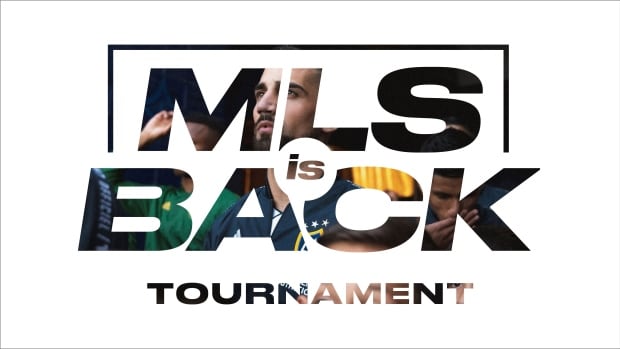 Major League Soccer will return to action July 8 with a World Cup-style tournament that will run through Aug. 11 in the Orlando area.

All 26 teams will take part in the “MLS is Back Tournament” at the ESPN Wide World of Sports Complex at Walt Disney World Resort in Florida.

The NBA is also looking to resume play at the Disney complex.

The 54-match MLS tournament, which will be played before empty stands, marks a resumption to the league’s 25th season, which was halted March 12 after two rounds due to the COVID-19 pandemic.

“When we first put together the tournament concept at Disney World, we just were very uncertain about when we’d be able to return to our stadiums in our home market and thought ‘Why don’t we get them all together, get our teams, 26 teams together in one neutral site, play games every day, get our players back on the field for our fans,”‘ commissioner Don Garber said in a recorded video.

“But very importantly doing it with games of consequence, so a total prize pool of (US)$1 million … All of this is our best foot forward to do what we can in an exciting, compelling and meaningful way to return to play for 2020.”

Garber said Disney has the infrastructure to host the nearly 2,000 players and staff expected at the tournament.

The hope is the league, once the Florida tournament is completed, can continue the regular season with a revised schedule in home markets. The league says details of the new schedule will come later, as will whether teams will play clubs from the other conference.

MLS players have ratified a new collective bargaining agreement that includes a return to play plan. 1:25

The July 8 tournament start comes after the midway point of the original schedule. Toronto FC, for example, would have played 22 of its 34 regular-season games under its original schedule by then while the number would have been 20 for Montreal and 21 for Vancouver.

Players will be tested before leaving for Orlando and upon arrival, with clubs travelling by charter.

Players, staff and officials will be tested every other day during their first two weeks in Florida. They will be tested “regularly” after that, including the day before each match.

If an individual tests positive as part of routine testing, they will be isolated with contact tracing undertaken.

Group stage matches in the Florida competition will count in the regular-season standings and the tournament winner, regardless whether it is an American or Canadian club, will earn a spot in the 2021 Scotiabank CONCACAF Champions League.

The winner will take the Champions League spot usually awarded to the MLS regular-season points leader in the conference opposite of the 2020 Supporters’ Shield winner.

That means Canada could get two berths in the CONCACAF Champions League if a Canadian team wins the MLS tournament. The Canadian Championship winner also qualifies, although details of this year’s tournament have yet to be announced.

CONCACAF says Canada will still get a berth in the Champions League, separate from the MLS tournament if there is a Canadian winner.

Clubs will begin arriving in Orlando as early as June 24 for “pre-season training.”

Teams will play three group stage matches across 16 days. The top two in each of the six groups along with the four best third-place finishers will then move on to the knockout stage: round of 16, quarterfinals, semifinals and final.

A draw to determine the tournament groups will be held Thursday.

Orlando City SC, as host club, will be the top seed in Group A, which will feature six teams and open play July 8.

The other five seeds are the four semifinalists from the 2019 playoffs — Toronto FC, Atlanta United, Los Angeles FC and the Seattle Sounders — plus Real Salt Lake, the team with the next highest points total in the Western Conference from the 2019 season.

The draw will assign the remaining non-seeded 20 clubs to groups, depending on conference.

The tournament will allow teams five substitutions a game and feature video review. Teams will be able to dress 24 players for matches.

Matches tied at the end of regulation time in the knockout phase will go straight to a penalty shootout.

Players, coaches and officials on the bench or technical area are required to wear masks and practice social distancing “to the extent possible” during matches. Players involved in the game are being asked not to exchange jerseys or kiss the ball.

Players considered to be in a high-risk category for severe illness related to COVID-19 will not be permitted to take part in the tournament unless cleared by their club’s chief medical officer.