Multiple people injured in series of stabbings in England

Multiple people injured in series of stabbings in England 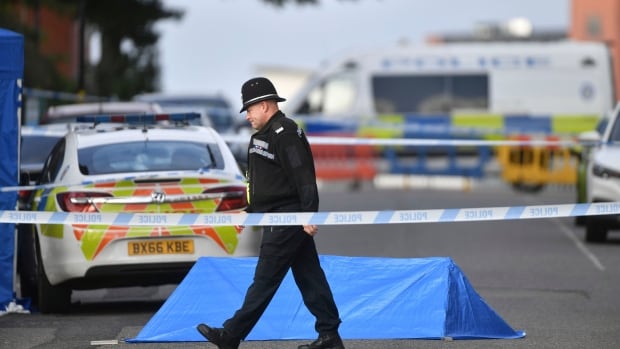 Multiple people were injured in late-night stabbings in a busy nightlife area of the central England city of Birmingham, police said. They said it was too early to determine the motive.

West Midlands Police said officers were called to reports of a stabbing in the city centre shortly after midnight on Sunday. That was soon followed by reports of other stabbings in the area.

“We are aware of a number of injured people, but at the moment we are not in a position to say how many or how serious,” the force said. “Work is still going on to establish what has happened.”

Police cordoned off an area in the centre of the city full of bars and nightclubs. Witnesses said they were busy on Saturday night, with many people eating and drinking at outdoor tables.

Foreign Secretary Dominic Raab said it was “a very serious incident. Our thoughts and prayers are with the victims and their families.”

Emergency services were at the scene to ensure the injured received medical care. Police said the response would continue “for some time” and urged people to stay away from the area.

West Midlands Mayor Andy Street urged people “to not speculate about the incident” and to “remain calm but vigilant.”