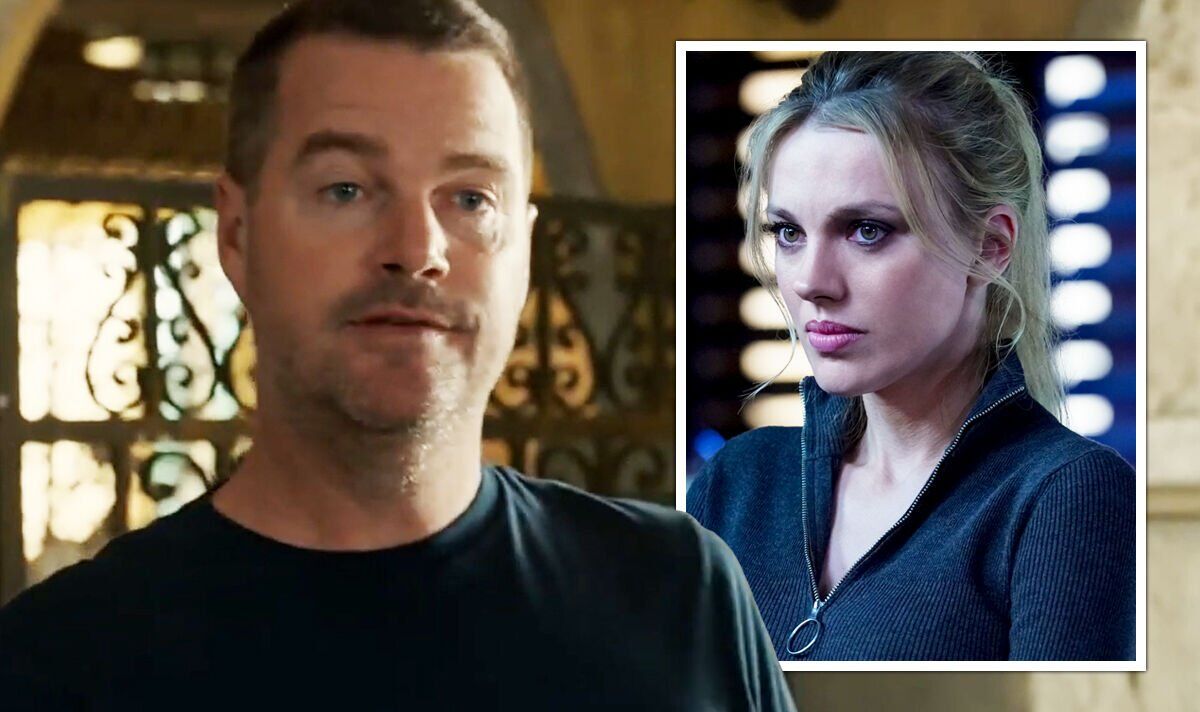 Fans have loved watching the unexpected romance blossom between NCIS special agent G Callen (played by Chris O’Donnell) and Anna Kolcheck (Bar Paly) in the latest seasons of the hit CBS spin-off. However, their special day may not be the fairytale wedding NCIS: Los Angeles fans have been imagining, even after the unprepared groom gets a talking-to from fellow agent Sam Hanna (LL Cool J) in a new preview of this week’s episode.

Callen admits he hasn’t been preparing for his wedding to Anna in the latest clip of NCIS: LA season 14.

The agents will be returning this Sunday for the sixth episode of the current outing, entitled Glory of the Sea.

This mission will see the team following some cryptic clues to solve a murder and possibly lead to buried treasure.

However, an illuminating conversation with Sam reveals Callen could be getting wedding jitters as the big day starts to loom on his calendar.

At the start of the new clip, Callen brushes off his partner’s suggestion to get in touch with his tailor.

“I don’t need your guy,” Callen insists, to which Sam replies: “Trust me you do.

“I’m not going to be standing up there with a sad-looking groom.”

In response, Callen quips: “Oh, that’s cute. You think you’re going to be in the wedding party?”

The agents may have amassed an impressive collection of fineries over the years, but their use in high-octane NCIS missions means they’re clearly not appropriate for such a pivotal event.

If Callen hasn’t even thought about what he’s going to wear, there’s no telling what else could be about to go wrong when he and Anna finally tie the knot.

His relationship with the former Russian spy has already seen its fair share of hurdles, mostly thanks to attempts at sabotage by her estranged father, Arkady Kolcheck (Vyto Ruginis).

Sam isn’t even sure if his tailor will be willing to fashion an outfit for Callen, as he’s used to dealing with a “certain type of clientele”.

“The kind that doesn’t walk down the aisle with a suit full of bullet holes,” Sam teases when Callen presses further.

Although wedding bells are certainly starting to be heard throughout this season of NCIS: LA, it’s still unclear when exactly the ceremony will take place.

Callen could have plenty of time to prepare if the wedding doesn’t happen until the end of the season, but he had better start to heed his partner’s warnings soon if he wants the day to go smoothly.

NCIS: Los Angeles season 14 continues Sundays on CBS in the USA. A UK release date is yet to be announced.