Nigeria’s top police official on Saturday ordered the immediate mobilization of all officers to “reclaim the public space from criminal elements masquerading as protesters” after days of peaceful demonstrations over police abuses and then violent unrest that left at least 69 people dead.

The police order could further heighten tensions in Africa’s most populous country after its worst turmoil in years. Nigeria’s inspector general of police, Mohammed Abubakar Adamu, ordered officers to “dominate the public space” while announcing that enough is enough, a statement said.

Nigerians on Tuesday evening watched in horror as soldiers fired on a peaceful crowd of mostly youthful demonstrators singing the national anthem in the country’s largest city, Lagos, with Amnesty International reporting at least 12 killed.

Some dismayed Nigerians then criticized President Muhammadu Buhari for not mentioning the killings and instead warning citizens against “undermining national security.” The government has insisted that the protests, while well intentioned, were hijacked by thugs who looted and burned vehicles and businesses in the two days after the soldiers opened fire.

Buhari has said 51 civilians were killed, along with 11 police officers and seven soldiers. The scenes in Nigeria and the shootings by soldiers sparked immediate international condemnation.

WATCH | Reaction to shooting in Lagos: 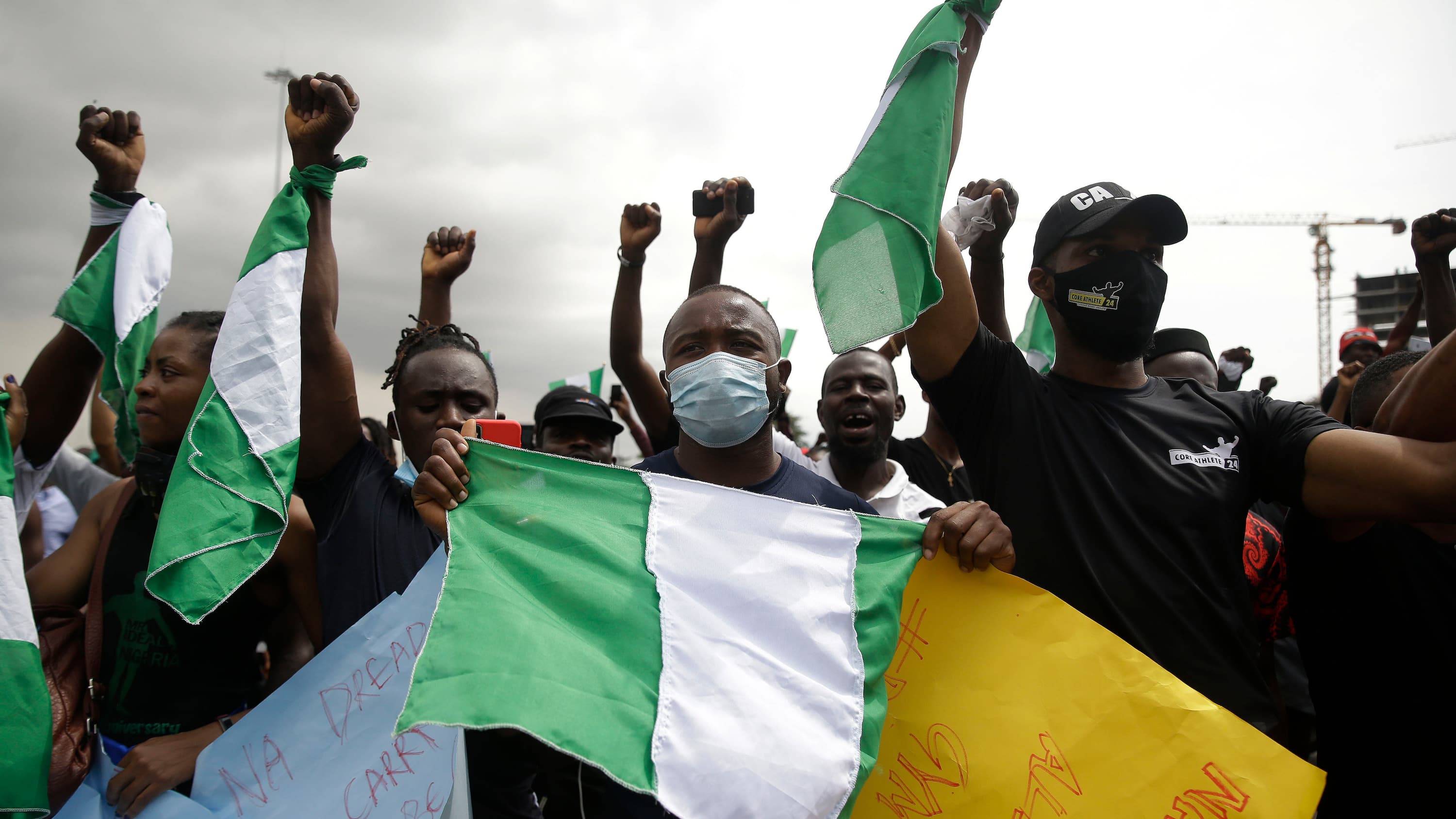 A protestor, a politician and a resident react to Tuesday’s shooting that took place during anti-police brutality demonstrations in Nigeria. Amnesty International said it had credible reports that soldiers had used excessive force when they shot at protestors at Lagos toll gate. 3:02

By not taking action against security forces, some Nigerians have warned, the president could inspire further abuses.

The new police order came even as a 24-hour curfew loosened for the first time Saturday in Lagos, a city of some 20 million where glittering wealth and grinding poverty are in sharp contrast, inflaming grievances over inequality and corruption.

The police inspector general “enjoins law-abiding citizens not to panic but rather join forces with police … to protect their communities from the criminal elements,” the statement said.

It struck a tougher tone than a police statement on Friday that said the inspector general told visiting lawmakers and oversight officials that “the force is more than ever before committed to police reforms and ensuring a safe and secure environment for all to live and thrive devoid of any violation of their fundamental human rights.”

Elsewhere in Lagos, some youth took to the streets again Saturday, but this time to clean up some of the debris after the turmoil. Charred vehicles remained in some parts of the city.

“A lot of harm has happened to people’s business, and our heart goes out to them,” said one volunteer, Monica Dede.

As for the way forward in Nigeria, she said, “we will still be heard, we will not be shut up, we will definitely push for what we believe in as the youths of Nigeria. We are part of the system, we are part of this governance.”