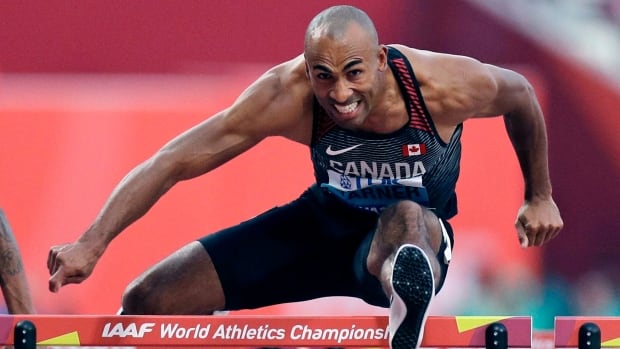 Canadian decathlete Damian Warner warns that the International Olympic Committee would be going down the wrong path if it continues to ban political protests from the Games.

Five months ago, the Olympics’ governing body strengthened its ban on any form of protest by specifying that gestures such as taking a knee or raising a fist on a medal podium remain prohibited.

Rule 50 of the IOC’s charter attempts to enforce political neutrality at Olympic Games but allows athletes to express opinions in post-competition interviews and on social media.

The IOC’s public stance eased slightly earlier this week when president Thomas Bach said the body’s Athletes’ Commission would “explore different ways” opinions could be expressed during the Games while still “respecting the Olympic spirit.”

But with nothing concrete in place, Warner, who earned bronze at the 2016 Games in Rio, says he thinks that the IOC is “on the wrong side of history.”

In light of recent protests seeking racial equality in the United States and Canada, Warner, 30, opened up about his belief that the IOC is unwilling to provide a platform for athletes.

“Organizations like the Olympic Committee always want to talk about how they want the athlete to show their character and be who they are and they want us to go out there and perform and do all this other stuff,” Warner told CBC Sports on Friday.

“But when it comes to actually hearing what they have to say, they don’t really want to hear it. They just want us to go there and perform so they can make money and that’s the unfortunate part of this situation.”

While the IOC keeps its focus on finances, according to Warner, the global athlete can be left feeling silenced.

“People have to understand that the athletes aren’t making money to go there. They’re going there to live a dream that they’ve trained for, to represent their countries,” says Warner.

“I think if there’s something on their mind they have to speak about, then they should be allowed to speak their mind and it’s just unfortunate. The IOC and the people who have come to that conclusion, I think that they’re on the wrong side of history.”

‘People crying and asking for help’

Warner says he comes from a “mixed-race” household — white mother, Black father, white brother and Black sister. The London, Ont., native also revealed that while his mother was called “mean names,” his experiences growing up were mostly positive.

“All my encounters were with white people, and I was very lucky in the sense that every single one of those interactions went well,” says Warner.

“Everybody treated me with respect and it was almost like the colour of my skin wasn’t even in existence. I was just Damian.”

Still, Warner says the death of George Floyd in Minneapolis, who died last month after a police officer kneeled on his neck, one of whom had his knee pressed against Floyd’s neck, has created an outcry of voices that need to be heard.

“I think it could be easy for some people to believe [racism] doesn’t exist, but it’s important to understand and really look at these examples and see the people crying and asking for help in the U.S., knowing that it really does exist and it’s time to listen to them and not just hear what they’re saying. but for the people in the positions of power to actually create change and make change,” says Warner.

Bur for Warner, it has to be more than just talk.

“It’s important to take this time we have now and actually implement change that is going to help people moving forward and not just use words because people are getting tired of just words these days.”