Rachel Homan is in familiar territory in a strange curling season.

Homan’s 7-2 win over Saskatchewan and defending champion Kerri Einarson’s 10-9 loss in an extra end to Manitoba on Saturday combined to give Ontario a bye to the final.

“We really wanted to get to the final and see what we can do and to put that Maple Leaf on our back would really be another dream come true,” Homan said.

“We’re going to work and fight hard to the last rock and hopefully we can make more than the other team.”

Homan is a three-time winner of the Scotties Tournament of Hearts in 2017, 2014 and 2013. In the third trimester of her pregnancy, she’ll try for a fourth.

Homan and Einarson owned identical 10-2 records at the conclusion of the championship round Saturday.

Homan’s 7-4 win over Einarson in a Pool A game Thursday was the tiebreaker giving Ontario the higher playoff seeding.

Einarson has a place in Sunday afternoon’s semifinal as the second seed.

The defending champs await the winner of a morning tiebreaker between Manitoba’s Jennifer Jones and Alberta’s Laura Walker, who were both 9-3. 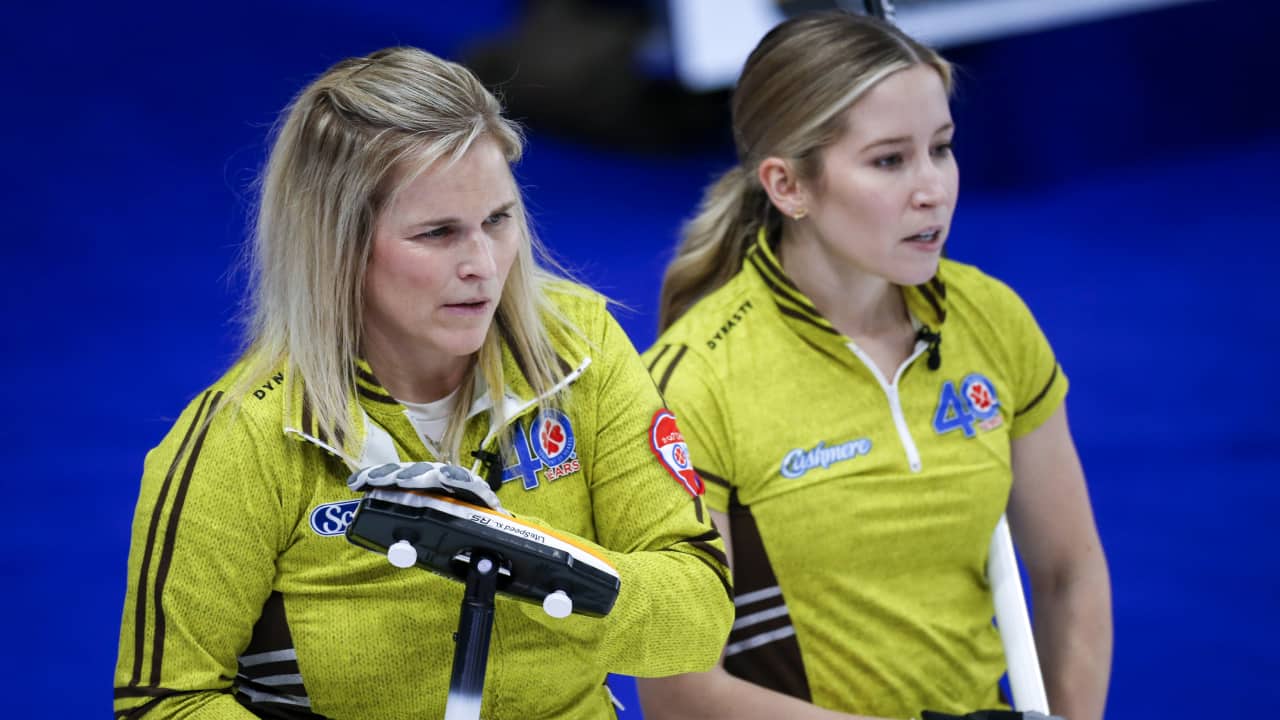 Jones led Manitoba to a 10-9 win over Team Canada to set up a tie breaker against Alberta on Sunday. 0:56

“Personally, it’s pretty huge for me not to play three games tomorrow,” Homan said. “I knew we were ready to do whatever it took to be in that final.

“Thankfully the way it fell, we were able to get that bye, get some rest, get our feet up and just prepare for the final tomorrow.”

The COVID-19 pandemic wiped out most of the competitive curling season.

Homan’s team arrived in Calgary incorporating new second Sarah Wilkes and adjusting to the shift of Joanne Courtney to lead without the benefit of 50 to 60 games behind them this winter.

“I think we’ve faced a lot of adversity like every team here trying to show up and put together the best performance we can under the circumstances,” Courtney said.

“I’m really proud of how we’ve supported each other and kind of just stayed tough. Lots of gritty wins, lots of gritty ends. Any time you get a chance to play in a final, it’s a huge honour.” 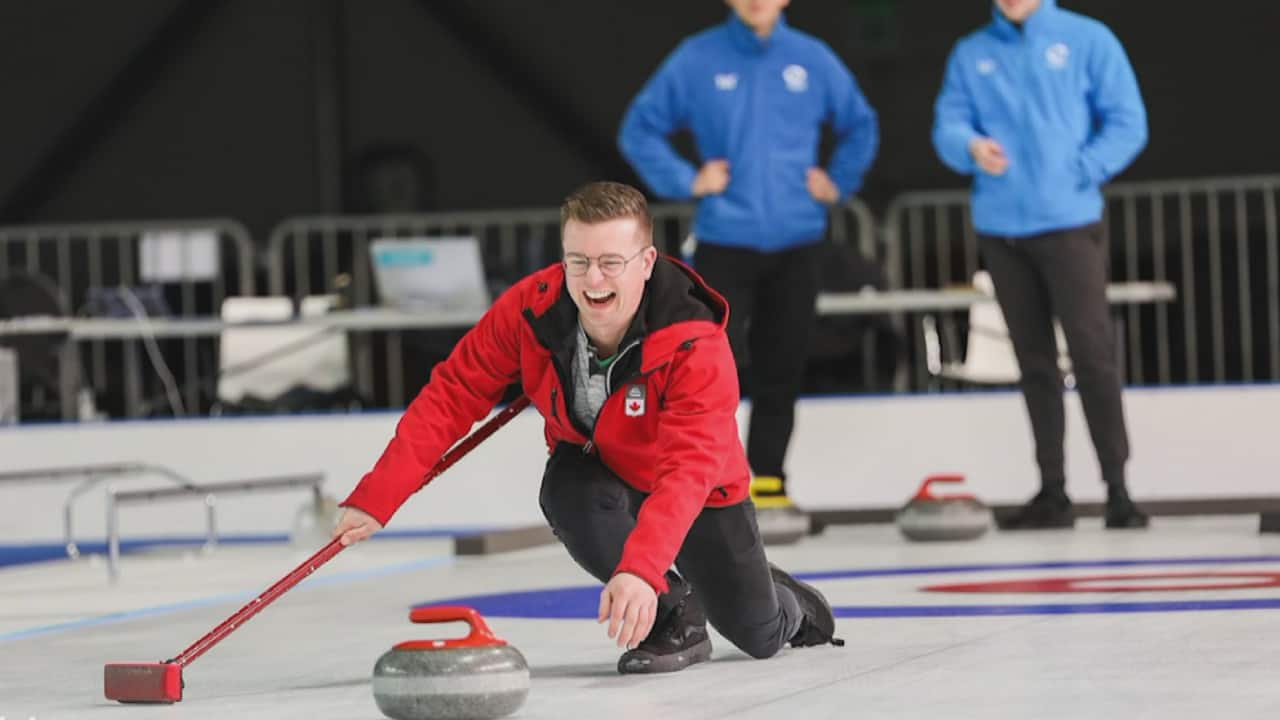 From Watson Lake, Yukon to Kirkland, Quebec and even south of the border to Wauwatosa, Wisconsin, Colleen Jones and Devin Heroux are showing you some of the best outdoor curling rinks in Canada. 1:59:06

Walker took three losses into the championship round, but won a fifth straight game Saturday to keep the host province in contention for the national women’s curling crown.

Alberta came from behind to cap the championship round with a 9-4 win over Chelsea Carey’s Wild Card One.

“I think our confidence is high,” Walker said. “To run the table in the championship round is a pretty special thing I think for us to have just done.”

Six-time champion Jones avoided elimination by drawing for the extra-end win over Einarson.

Her Winnipeg foursome must win three games Sunday for Jones to claim a record seventh title.

“Adrenalin usually takes you through those games,” Jones said. “We didn’t play a lot of games coming in. We’re well-rested.

“Hopefully we’ll be able to play three. At the end of it we’ll be tired, but I think when you’re playing, you’ll be fine.”

This is how Canadians celebrate the roaring game 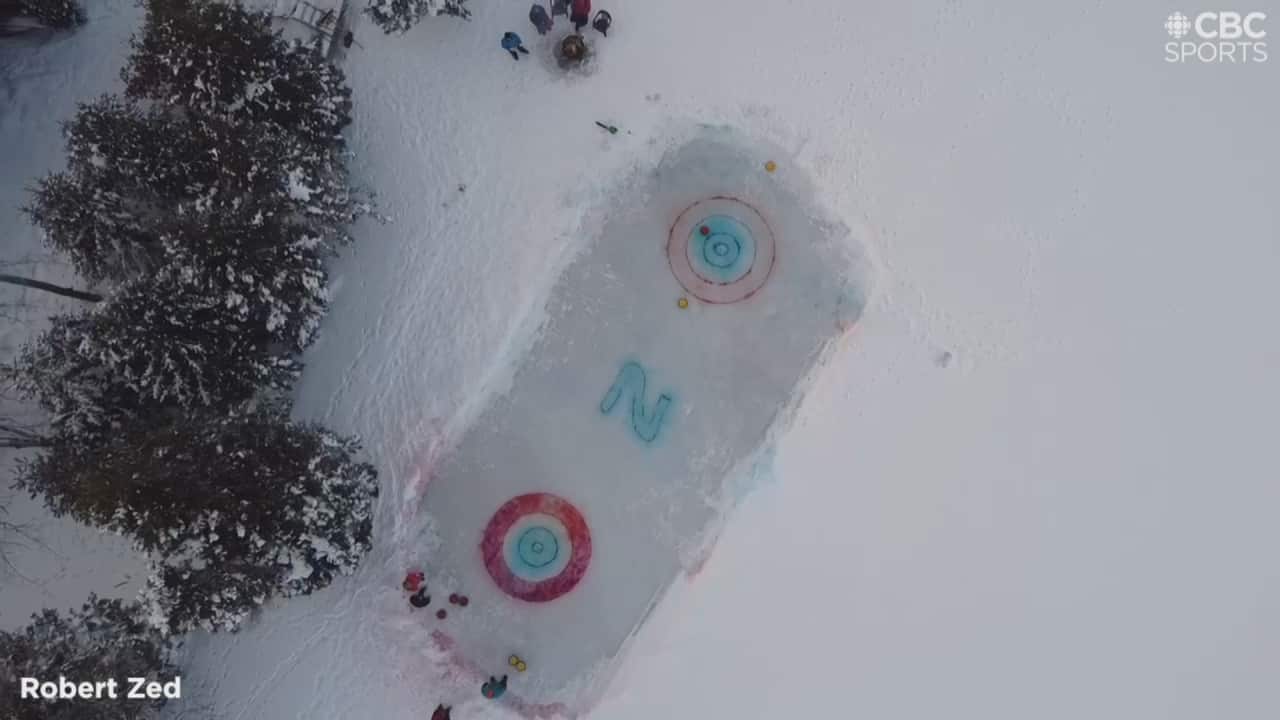 The 2021 Tournament of Hearts is one of four Curling Canada events to be held in a spectator-free, controlled environment at WinSport’s Markin MacPhail Centre.

The pandemic thwarting many provincial and territorial playdowns prompted Curling Canada to add two wild-card teams to the Hearts field for a total of 18, which in turn shrunk the playoff window.

Instead of the traditional four teams in a Page playoff, only three advance.

Einarson is attempting to win the first back-to-back Hearts titles since Homan in 2013-14.

Sunday’s victor earns $100,000 in prize money and a return trip to the 2022 Tournament of Hearts in Thunder Bay, Ont., as Team Canada.

The winner doesn’t have a world championship, however, in which to wear the Maple Leaf.

The March 19-28 tournament in Schaffhausen, Switzerland was cancelled by the World Curling Federation because of the pandemic.

The 2020 world championship in Prince George, B.C., was called off for the same reason, so Einarson wasn’t able to represent Canada there.

Wild Card One, with Carey filling in at skip for Tracy Fleury, and Saskatchewan’s Sherry Anderson also finished 6-6.