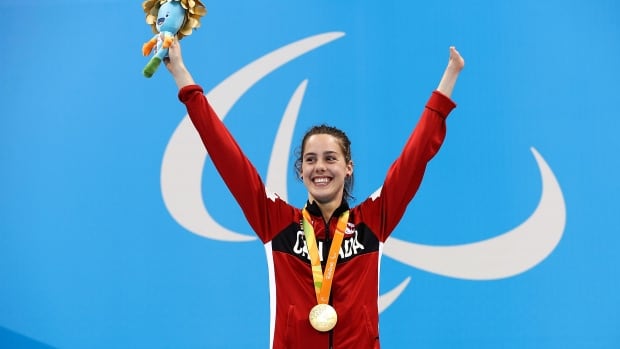 It’s an old and hackneyed phrase, but in this case it definitely applies.

“One thing’s for certain, no one knows for sure.”

It is hoped that the Paralympics in Tokyo will begin exactly one year from now, but in light of mounting fears over the lingering pandemic, all bets are off.

The 16th Summer Paralympic Games are slated to be the largest of its kind with nearly 4,500 athletes from 83 countries expected to converge on Japan and take part in a record 22 sports and 540 medal events.

From a Canadian perspective, a team of about 150 athletes aspires to compete in 19 sports and aims to equal – or better – its podium total from Rio de Janeiro four years ago when 29 medals, eight of them gold, were won by athletes from this country.

In men’s wheelchair basketball, Patrick Anderson – arguably the best player in the world and a three-time gold medallist at the Games – has come out of retirement from international play to lead the Canadian team which, in his absence, failed to win a single game and missed a medal for the first time in five Paralympics in Brazil.

There are many others in the fold which allow Chef de Mission, seven-time Paralympic swimming champion and Canadian Sports Hall of Famer, Stephanie Dixon plenty of reason for optimism.

“There has always been uncertainty in life and sport,” Dixon reckoned from her home in Whitehorse, Y.T.

“The life lessons learned as well as the strength and the humility an athlete develops along the way, and how they adapt and stand in the face of adversity and struggle is what this is all about and what they take with them for the rest of our lives. Uncertainty and struggle is not what holds them back, it is what lifts them up.”

No athletes may be better suited to deal with the new normal of international sport than the Paralympic athletes.

Uncertainty and adaptability are inevitably a part of their DNA.

“I guess we will all have to patiently wait and see what happens together,” said wheelchair rugby star Zak Madell from Calgary.

He’s put plans to pursue a career in architecture on hold until after the future of these Games is decided, one way or the other.

WATCH | A day in the life of Canadian wheelchair rugby star Zak Madell:

From the moment he wakes up, Canadian wheelchair rugby player Zak Madell is focused on his path to the Paralympic Games. 2:56

Madell lost his fingers and legs to a septic infection when he was ten years old. He quickly turned into a dominant rugby player and, as a rookie, led Canada to a silver medal at the 2012 Paralympics in London before becoming MVP at the 2014 world championships.

He’s willing to invest the time for another chance to compete on the biggest stage of all.

“Paralympic athletes have had to find new ways to stay active and maintain their physical fitness during these times, especially considering that a lot of athletes with disabilities may be part of the higher risk population,” Madell reasoned.

“I truly hope that during this time we can introduce new athletes to Para-sport even if they may not be able to participate right away. Maybe now is the perfect opportunity to reach a new audience and eventually share and grow our community.”

Will of the Paralympic ideal

For Andrea Nelson, a 29-year-old Para-kayaker from Markham, Ont., the Games next year in Tokyo represent a first chance to compete at a Paralympic gathering.

Just two years after a missed landing while skydiving in 2017 left her paralyzed, Nelson placed fifth at the IPC worlds in Hungary and also won two medals at the Pan American championships.

She says the delay because of the pandemic will not deter her or others who subscribe to the Paralympic ideal.

“I have not been worried about the Paralympic movement as a whole because I feel that if there was a group of people that could push through anything and come out the other end victorious, it would be Para-athletes,” she said.

“I cannot express how much being able to return to sport post-injury means to me … it is everything. Sport allows me to push myself and see what I’m capable of, but it’s also a means of adventure, friendship, teamwork, and fun.”

Assistant Chef de Mission Stephanie Dixon knows what it takes to compete at a high-level, and she is using that experience to help relieve some of the pressure Parapan athletes may feel ahead of the Games. 1:28

And then Nelson equated the unprecedented effects of the pandemic on sport with what has become her new way of living.

“Having been through my injury, I feel like I had a much easier time dealing with the pandemic and the delay of the Games, than others,” she concluded.

“I am no stranger to having my entire life upended in a single moment. This situation calls for adaptability, and no-one knows how to adapt better than those with disabilities.”

As it is with the Olympics, next year’s Paralympics in Tokyo are anything but a given. If they do happen, they may be on a much smaller scale. They may also be somewhat integrated with the Olympics and there may be no spectators to watch what is undeniably compelling sport in arguably its purest form.

That being said, those who have the most at stake, the Paralympians themselves, remain convinced that the prospect of going to Tokyo one year from now is worth holding onto.

“The Games bring a lot excitement and motivation to people around the world. It can change someone’s life to watch the Paralympics, see people they identify with and think, ‘maybe someday that could be me.’ The Paralympic movement is all about health and recovery, and it’s about equality,” Dixon stressed.

“My advice to the athletes is to be gentle with themselves and focus on what they can control. Adversity has already been a huge part of their lives and it has made them stronger. This time will be no different.”

In other words, now is not the time to take anything for granted.

The struggle to compete has always been a part of the Paralympic reality.

COVID-19 is no exception to the rule.