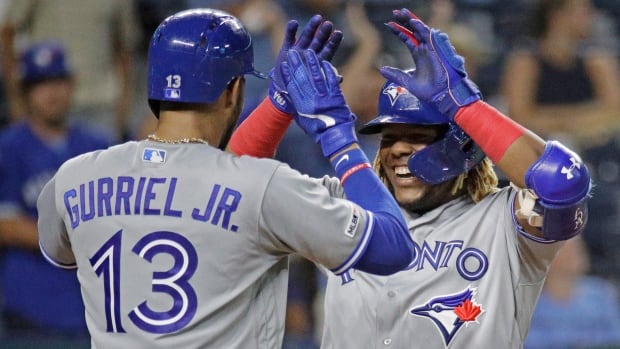 In a twist, the sides expanded the designated hitter to games involving National League teams for the first time and instituted the radical innovation of starting extra innings with a runner on second base.

Playoff teams remain at 10 for now — there is still talk of a possible expansion. The rejected deal had called for 16 teams.

Players will start reporting for the resumption of training on July 1. It remains to be seen which players will report back to work — high-risk individuals are allowed to opt out and still receive salary and service time, but others who sit out get neither money nor the service credit needed for eligibility for free agency and salary arbitration.

A team is scheduled to make only one trip to each city it visits in MLB’s shortest season since 1878. a schedule of such brevity that some fans may question the legitimacy of records.

MLB is keeping the planned innovation that pitchers must face three batters or finish a half inning —- players refused to agree a year ago but also waived their right to block.

The injured list minimum for pitchers at 10 days rather than revert to 15, as initially intended.

MLB became exasperated with the union’s leadership team, headed by former all-star first baseman Tony Clark and Bruce Meyer, a litigator hired in August 2018. Manfred and Deputy Commissioner Dan Halem were infuriated when Clark said he considered the result of a one-on-one meeting with Manfred last week a proposal rather than what MLB termed a framework for a deal.