2020 will go into the almanacs as the year that athletes, en masse, blew up protesting for social change.

Olympics watchers might say that fuse was lit 50 years ago by the on-podium Black power salutes of Tommie Smith and John Carlos in Mexico City. Heroes now, they were widely criticized at the time. It was similar to Colin Kaepernick’s decision to protest police violence against Black men that cost him his 49ers career, before gradually shifting opinion came closer to Kaepernick’s side.

With more players protesting than ever before, and more podiums becoming platforms for progressive causes, it’s high time for a conversation about the rise of the athlete activist. Player’s Own Voice in Studio hosts Anastasia Bucsis and Signa Butler bring two thoughtful, challenging guests to the table.

Adam van Koeverden, four-time Olympic medallist and eight-time world champion in canoe/kayak, was elected Liberal Member of Parliament in Oct. 2019. He is the Parliamentary Secretary to the Minister of Diversity and Inclusion and Youth, in addition to the Minister of Canadian Heritage’s Sport portfolio. As both athlete and politician, he encapsulates the issues at hand.

Pamphinette Buisa, member of Canada’s national rugby 7s team, has become a leading figure in the west-coast Black Lives Matter movement. She organizes and speaks at rallies and events advocating for better BIPOC circumstances. Buisa asserts that every one of us is a political being, whether we like it or not, and as such, we all have responsibility to act. 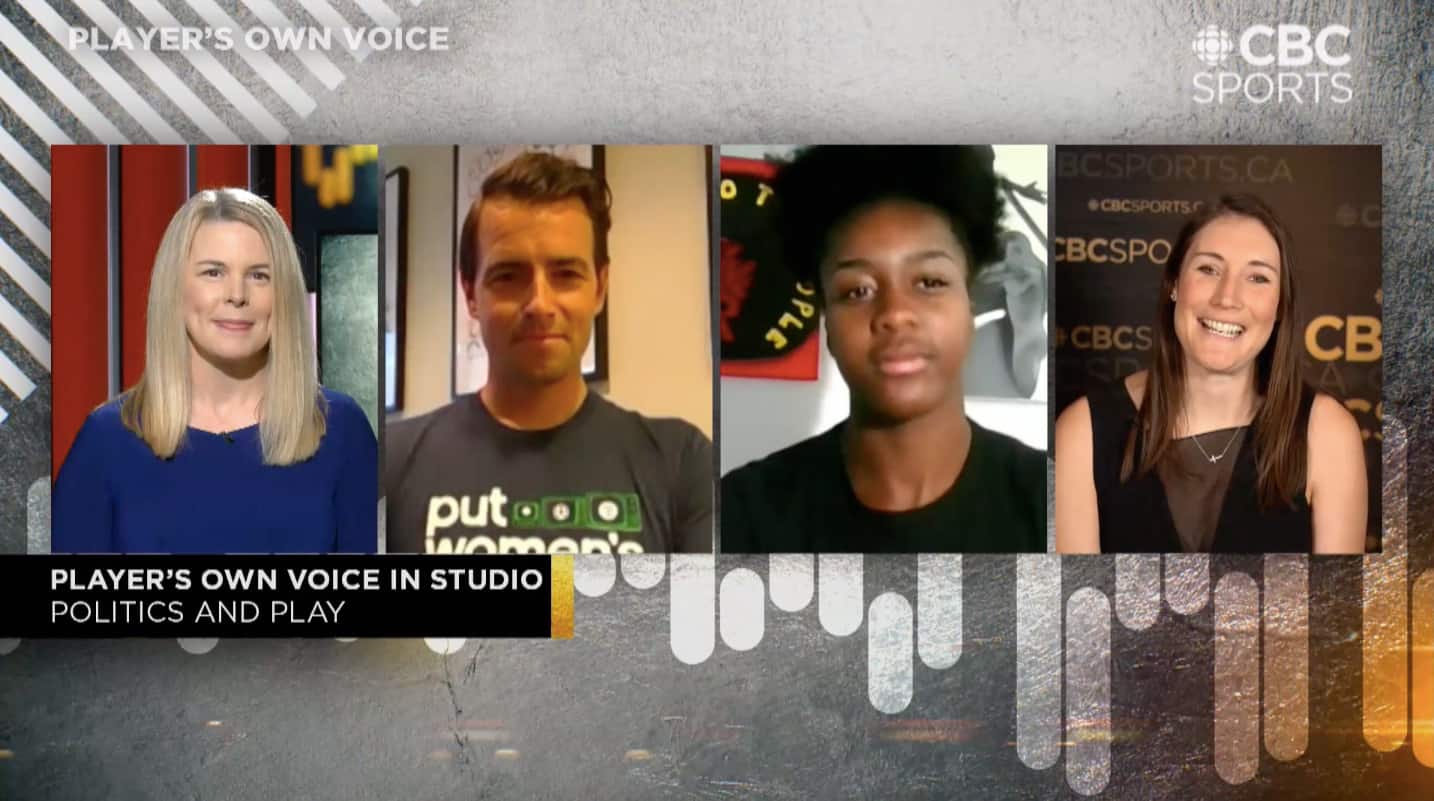 Each digital video episode takes a single topic-driven approach, with our two co-hosts joined by two guests for substantial conversation about issues at the core of modern sport.